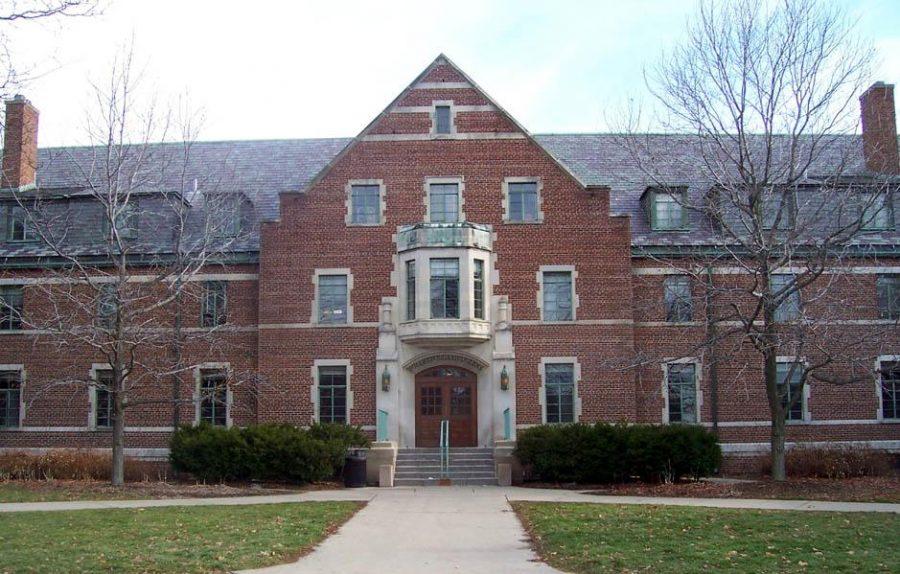 Down the corridor and through the winding and curving halls of SnyPhi lies one of the greatest little secret stages that MSU has to offer. Inside the venue itself is a set-up that allows for quaint and up-close performances that is perfect for an intimate show. This show in particular was extremely intimate; the set-up was created to showcase not only the bands that were performing but also the Impacters and many others that came to enjoy the live music. The stage was set-up with the performers inches away from the crowd, which enhanced the music-going experience.

The night began with a little bit of McCarthy and the Red Scare. Although it was the band’s first performance before a big crowd they rocked the house with a few favorites from their recent releases. In between sets of each band there was the constant chatter between Impacters new and old, as well as new comers who wanted to catch a glimmer of this new music. This helped the event to flow easily as everyone began to get a sense of belonging with other.

The second act was the Fever Haze, a band that was fairly recognizable by most of the crowd. Throughout the crowd there was babble here and there about how a person knew this member and so forth, even myself, I had met one of the guitarist, Nick Richardson, in content meetings early in the semester. As the chit-chat slowly came to a stop the Fever Haze took over the stage and preceded to rock the house as a few of their hard-core fans started to jam along.
The third act was a band that I had personally never heard of called Hampshire. Their performance was nothing of what I expected. The performance blew the house down with songs that filled the room with angsty screams and loud rocker ballads. What accompanied these intense moments were a ton of head banging as well as a few crazy dance moves from a fellow music lover. This band also showed off their fan base as part of the crowd sang and jammed to every last word of the lead vocalist.

Finally the show ended with Secret Grief a band that proved itself to be a fan favorite. With their spastastic dancing and angsty lyrics they pulled the show to a close. Out of all the bands that night, this band seemed to have the most fun performing in front of the ever-so eager crowd. Every once in a while they would break down their set to talk to the crowd a little while they got situated after losing themselves in their own music. One of my favorite personal stories came from the lead vocalist who told the crowd about the band’s humble beginnings as well as their more strange gigs. One of their stranger gigs stemmed from angsty teenagers who would hire the band to play a few songs to a crowd of at most 2. Along with the constant updates with the Red Wings game, Secret Grief seemed to really applaud the other acts as well. A trait really helped to create an ending for this show. Overall the experience was worthwhile, it was nice to get all the Impacters, as well as others, together for one last jam session with live music.