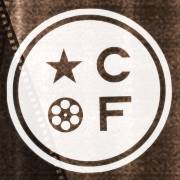 This week on The Basement we brought in Dalinian from Saginaw to talk about music and Taco Bell, also joining us in the studio was Jake Pechtel, the entertainment director of The Capital City Film Fest giving us some insight into the history of the fest, and a look into the future. Here’s the playlist from the night:

~Interview with Jake Pechtel of The Capital City Film Fest~

Thanks, and see you all next week