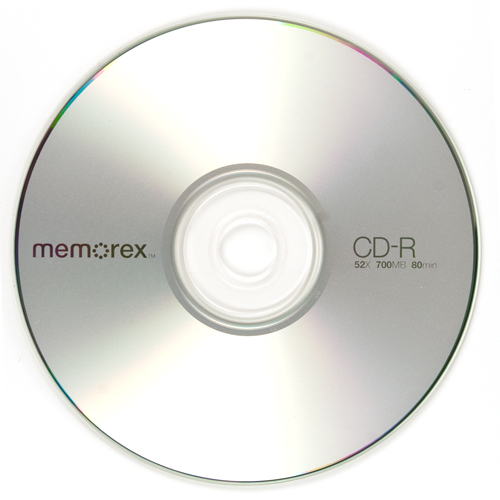 Memorex Memories is a new segment where Impact staffers rediscover their own mix CDs and playlists from childhood, pre-teen, and teen years.

Last summer I was in the process of rummaging through old boxes of my belongings that my Dad, for whatever reason, decided needed to be in our basement when we moved houses. They were completely disorganized: an odd mix of dress shirts that didn’t fit me anymore, Dr. Seuss stories and college level anatomy textbooks, dinosaur models with notable paint fading on the side from when I used to make stegosaurus and triceratops duke it out. I even found the first two episodes of Pokémon on VHS tapes that still managed work after all these years. So imagine my surprise when at the bottom of one of the boxes I see a little, coral-blue square and recognize it as my first iPod. The iPod shuffle, second generation, with a laughably small storage of 1 GB that seems paltry compared to my 160 GB iPod Classic I now tote around. Out of pure curiosity I decided to charge it up and listen to this time capsule of my sixth grade musical tastes.

It was god awful. This poor little iPod was cluttered with a grab bag of Top 40 songs from 2006, including James’ Blunt’s “You’re Beautiful,” the Daniel Powter totally-not-ripping-off-James-Blunt “Bad Day,” Sean Paul’s “Temperature,” and you get the idea. My music tastes were the furthest from refined, hell I didn’t even get into the Red Hot Chili Peppers until 8th grade despite “Dani California” being released that same year. I was very much in the same music camp as my Dad whose musical mantra was always, “I’m not into bands, if I like a song I like it.” For the longest time I used that argument to justify what I listened to, aided by a device that encouraged the musical model of buying singles and music videos that caught my ear and eye. Music distribution became less about albums and the cohesive sound of an entire record; you couldn’t hold more than 4 albums at most if you wanted. Instead, it became more about immediately catchy and attention holding anthems with easily sung choruses. Admittedly pop has always been like that, but the advent of the iPod Shuffle prolonged this model up until newer generations started having greater and greater disk space to the point that having 15,000 songs would fill up less than a third of the bigger iPods.

At the same time, at least for me personally, I found that the method of being forced to choose what songs you wanted because of hardware limitations required me to figure out what I liked in music. The pop-punk craze was taking off around the middle aughts with bands like Fall Out Boy, Bowling for Soup, and Panic! At the Disco dominating MTV and radio charts. Middle school loners like me were naturally the target audience for the siren songs of lonerism that pop punk thrived on and so my playlist was a constant shuffle between enthusiastic spasms of “Dance, Dance” and “Dirty Little Secret.” As a result, my musical inclinations always led towards faster paced rock, a preference that would later influence my ventures into heavy metal around the end of middle school/early high school. My affinity for pop punk was so great that my first ever concert and purchase ended up being Fall Out Boy’s Infinity on High and their subsequent tour to promote it. It wasn’t until I began looking back on 2006 that I realized how much I was caught up in the musical trends going on around me.

Perhaps the biggest upside to music back then were the major strides MTV and the iPod video (fifth generation) made in transforming music videos from basic product sellers to actual artistic works capable of standing on their own. Gorillaz were famous for exploiting this, crafting animated personas with which their music videos would put them in surreal adventures ranging from “Thriller”-enthusiast gorillas to high speed highway drives involving spaceships and giant moose. (“19-2000”) Suddenly music videos had a thematic quality to them, a trait that spread to every genre and continues to this day. Not only did these videos give songs greater shelf lives (a great video can carry even a mediocre song for years,) they also helped launch other artistic endeavors for musicians. Jared Leto, frontman for Thirty Seconds to Mars, is by far the best example of this with the positive critical reception of “The Kill” and “From Yesterday’s” music videos helping to launch his acting career.

Sitting in my room now, my little iPod shuffle gathering dust on the corner of my desk and reflecting back to when it used to be the gadget to have, I can’t help but marvel at the melancholic feelings the music on it brings back. Sure objectively most of it is recycled pop that’s done to death and then quickly forgotten, but just the fact that the collection of music therein reflected trends and styles that have long since been out of vogue, my own exploration into music beyond what was immediately shoved in my face, and the memories, good or ill, that it conjured up from the recesses of my mind is truly noteworthy. Shine on little iPod, though you may have been eclipsed by your technologically superior iterations since, you will always hold a special place within my heart as a reminder of just how bloody awkward, fun, and scatterbrained adolescence was.