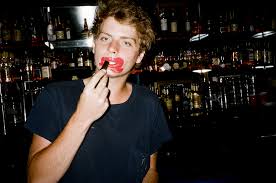 We played a multitude of different genres on tonight’s version of Sit or Spin. From Cloud Nothings to The Black Keys and from Tune-Yards to The Hold Steady – a lot was going on tonight. One artist that definitely stuck out with the panel tonight was Mac DeMarco. His new album “Salad Days” is for sure one to check out if you haven’t already. ALSO, a huge thanks to Scotty Bell for being our guest panelist on the show this evening.

Dumb Luck – We Are Scientists = spin