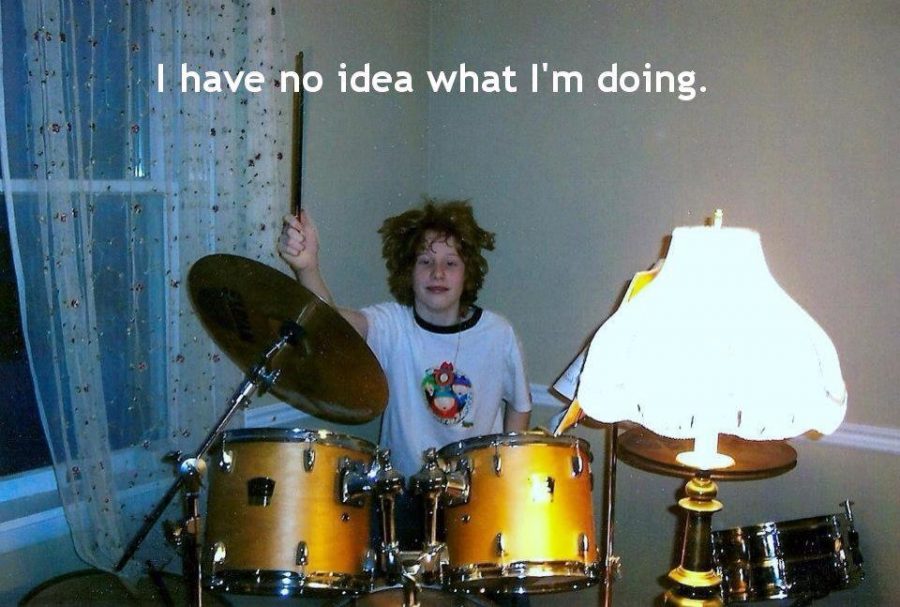 Memorex Memories is a new segment where Impact staffers rediscover their own mix CDs from childhood, pre-teen, and teen years.

If you grew up in the early years of the new millenia you may remember a couple of things that were hip at the time; boys wearing girl skinny jeans, Hollister or American Eagle apparel, eyeliner for guys (guyliner), dial-up internet, Runescape (#NeverForget), etc. Being the white, middle class boy I was in rural west Michigan dealing with puberty, I thought I should be sad about things and listened to music that spoke to the dark depression I pretended to have. I made a plethora of mix CDs until playlists were a thing, surprisingly the magnum opus of my faux-emo phase survived, outside of a museum where it belongs, and here it is for your viewing and listening pleasure.

Track 1 – On My Own by The Used from The Used
Welp. So we’re starting strong in the pop/punk emo pit that was my adolescence and preteen era. I still own a shirt of theirs since seventh grade and wear it on occasion. I like to wear it to bars and describe the cause behind each tear stain littered across the chest.

Track 2 – Light With A Sharpened Edge by The Used from In Love and Death
So The Used may have been my favorite band for a couple (five) years of my life. Coming back to this mix CD, they aren’t the only band to have two songs on the CD but they are the only one to be back-to-back. #SadJamz

Track 3 – The Theft by Atreyu from A Deathgrip on Yesterday
LOL; Upon finding this relic of an artifact, I wasn’t sure of its age, I had only a rough estimate via carbon dating. I then made it to this track and it all came back to me. This CD was made almost directly after this album came out because I couldn’t get enough of it and its songs. This album came out in 2006 putting my mix’s age somewhere at eight years old, meaning it’ll probably go fake emo in the next few years much like its dad.

Track 4 – Soldier Side by System of a Down from Hypnotize
I actually do not remember being hugely into this song of theirs, but I do remember listening to both Hypnotize and Mesmerize. I’m still a Toxicity kid at <3. Once listening to the tribal outro of Aerials, my mother’s friend said it just, “Moves through me,” we were camping and I guess it was appropriate.

Track 5 – Betrayed by Avenged Sevenfold from City of Evil
Avenged Sevenfold was the final theme of my Myspace page before I deleted it and destroyed every inch of my embarrassing and cringeworthy online activity from this era. Forget Myspace ever happened for the good of you and your millennial friends.

Track 6 – My Heroine by Silverstein from Discovering the Waterfront
Shamelessly love this song and album. Still bumping in 2014, holla at yo gurl.

Track 7 – Inhuman Creation Station by CKY from Infiltrate. Destroy. Rebuild.
Second oldest album included on this mix. Not quite as hard as some of the others included, but I was into some seriously dope alternative music, but of course I would be complimenting myself on music I already like.

Track 8 – Swing Life Away by Rise Against from Siren Song of the Counter Culture
Looks like we’ve hit a soft spot in my HARD HITTING, GLASS SHATTERING mix CD. I think I subconsciously made it an easy transition from the harder songs to a slower more introspective look at life. They (along with The Offspring) probably began my love affair with punk music to where I stand now loving Andrew Jackson Jihad and Against Me!

Track 9 – Simple Design by Breaking Benjamin from We Are Not Alone
Alright, enough being sentimental, we came to rock out and rock out only. TO BREAKING BENJAMIN, WHAT ELSE?!

Track 10 – Ex’s and Oh’s by Atreyu from A Deathgrip on Yesterday
Yeah! Frick you to all my exes, you stink and stuff! Lindsay, remember the time you broke up with me in sixth grade? I totally didn’t forget how you threw my heart on the ground and watched it shatter like your Neopets gaming device!

Track 11 – Give it All by Rise Against from Siren Song from the Counter Culture
All the weird misplaced anger of my teen years could be let out while listening to this song. All I wanted to do with this song was exactly what happens in the music video, throw my body around on a train listening to this and throwing #punk stickers on public places and take down The Man.

Track 12 – Remedy by Seether from Karma & Effect
Woof. If there was any song on this CD that was least representative of my music taste it would be this one, but I do not denounce my decision and I don’t feel defensive about it at all! I threw this on because I had just heard it recently and enjoyed it enough to listen again. Relistening to this mix I had to skip it. Sorry Seether 🙁

Track 13 – Ain’t Love Grand by Atreyu from Suicide Notes and Butterfly Kisses
Grabbing my old blank skateboard deck, getting out of school, I’d try and be cool with the emo skateboarders. I’d ollie and try land as many pop-shove its as possible. At our school’s loading dock, this song plays while I ollie from it and then properly smash my hip on the ground after the board flies from beneath my feet. Athleticism.

Track 14 – The Missing Frame by AFI from DECEMBERUNDERGROUND
I was much more fond of the (excuse my overuse of the word) emo-whip AFI frontman Davey Havok had circa DECEMBERUNDERGROUND than I was of this song/album. Seriously, in the music video for Miss Murder it could cross for Indiana Jone’s weapon of choice. His hair could have fronted its own band named Whipla$h.

Track 15 – ??? by Breaking Benjamin from ???
History takes many casualties. This track is one of them. From a badly damaged CD in 2006, I could not make this song out besides the obvious Breaking Benjamin intro. RIP in peace (deliberate, duh).

Track 16 – Close Yet Far by CKY from Infiltrate. Destroy. Rebuild.
If there was ever a theme to this mix, this is where I must have just stopped caring and thrown random songs in. I wish I had something witty and funny to say about this song besides, I’m not funny and this song has aged perfectly fine.

Track 17 – Wasting My Time by Default from The Fallout
I take back what I said about Seether earlier.

Track 18 – Smile in Your Sleep by Silverstein from Discovering the Waterfront
Coming out while in middle school, being put on a mix CD in ninth grade, this sucker has had lasting power. I belted this throughout high school in the thrice passed down Dodge minivan I drove. Deal with it, haters.

Track 19 – Crawling by Linkin Park from Hybrid Theory
Competing for my favorite band in middle school was neck and neck between Linkin Park and Good Charlotte (whaddup, more of my punk roots?)

Track 20 – Right Here In My Arms by HIM from Razorblade Romance
How does one end a pretend sad mix CD? WITH A GODDANG HIM SONG, THAT’S HOW. I couldn’t have asked for a better closer. Of all these great tracks, this is my favorite part of this twenty part adventure. It even includes group clapping! FUN!