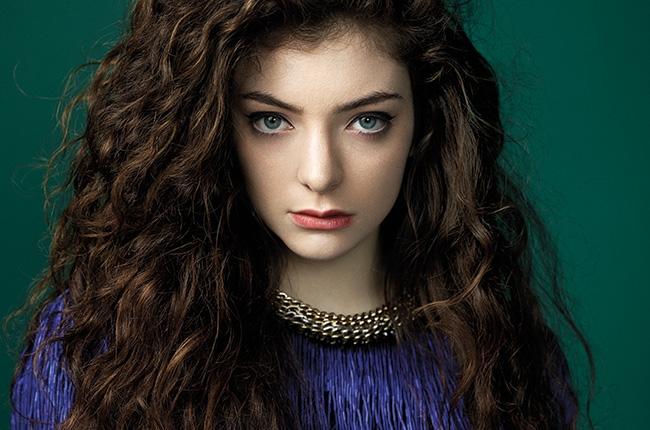 Lorde is one of the most impressive 17 year-olds out there. With her interesting combinations of electronics, synths, and pitch-perfect vocals, many artists currently look to her for inspiration. Some of these artists have covered Lorde’s most popular tracks, “Royals” and “Team.” Although there are tons of talented people out there performing Lorde, these are the few that caught my eye.

You may know Questlove from The Tonight Show with Jimmy Fallon or from the band The Roots. Here Questlove takes a chance with Kirk Douglas covering Lorde’s “Royals” in the best way possible. Not only is this duo taking on the 17 year old, but also exploring their more sultry side with Lorde’s song.

Pentatonix is a five-person acapella group that earned their world famous debut on The Sing-Off. Since winning the competition, the group has been signed to Sony and has achieved great success on the Billboard 200 chart. The group is currently preparing for a world tour this year.

Tiffany Alvord has earned her fame through her ability to market herself through YouTube. This girl rose from nothing to be able to sing with bigger musical stars such as Train, Carly Rae Jepson, Taylor Swift, and PSY at the New Years Eve celebration in Times Square.

Mayer Hawthorne is a star on the rise from Ann Arbor, Michigan. From A^2, Andrew Cohen took his musical talents to Los Angeles where he signed with Stone Throws Record. Since then, Andrew has performed with many talented vocalists such as Kanye West and has mad guest star appearances on talk shows such as Conan.

Bonjah is a four-person band from the land down under (yes, that’s right, Australia for those who were wondering). Bonjah is originally from Melbourne, Australia. This blue-grassy-type band gives enough soul and funk into their music that shines through their cover of Royals.

Krist Novoselic is best known for his role as the bassist for an all time favorite Nirvana. After Nirvana had its run, Novoselic didn’t stop there but continued on to form Sweet 75 and Eyes Adrift as well as playing in the band Flipper and offering his skills in one of the Foo Fighter’s song. In this cover, Krist takes on the hit single with an accordion.

Bruce Springsteen has been a staple of American culture since the 70s, touring and expanding his fan base nonstop. Seeing as his shows last three hours on average and are full of popular covers, it only makes sense that The Boss would do this one eventually.

Mora Mora is an up and coming band from Los Angeles with a persona that is larger than life. Although this band is very up and coming, their cover of this Lorde song is very catchy and infuses rock into the song. Their cover was made to impress.

Chvrches first appeared on the music scene in 2011. This Scottish electronic band took the music scene by storm and since then has been highly prevalent in popular culture. In this cover Lauren Mayberry’s soft and innocent voice gently rocks the listener in a way that would only better if Lorde herself did it.


This cover comes from the ever-so popular media site YouTube. This group, comprised of a clown and a few back-up singers, is called Puddles and Pity Party. Together, the group mixes the fear of clowns with the sweet sound of a smooth, almost theatrical voice of a professional singer. This has to be the number one cover of Lorde’s popular singles simply because it is absurd as it is beautiful. Although covers of Lorde songs continue to make their way to pop culture, no one can quite get to the level that Lorde is on. No matter the ranking of these covers, the best version will forever be the Lorde originals; there is nothing quite out there like her.