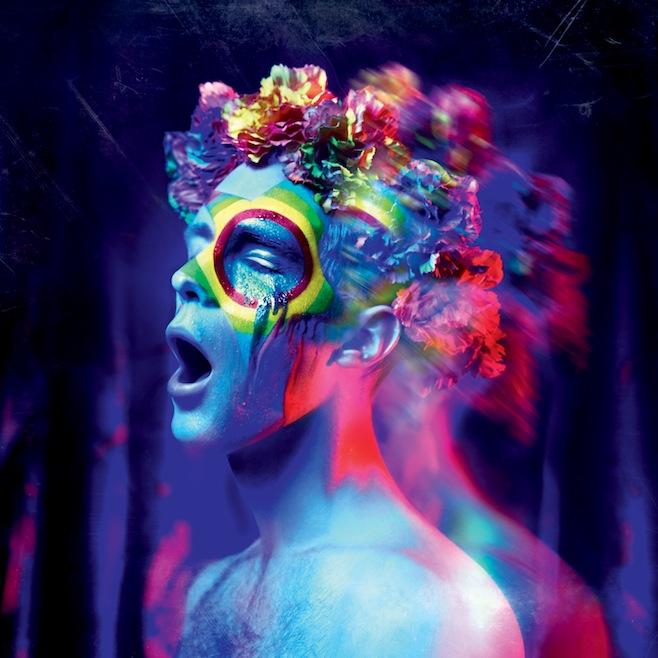 “And I felt like I opened Pandora’s Box…and now I have to close it.” Those are the opening lines taken from a spoken word piece that opens up Eric Berglund, a.k.a CEO’s, sophomore release, Wonderland. It couldn’t be a better way to start of this ambitious, brilliant sonic experience. Just as the opening lines suggest, CEO really did open Pandora’s box with this record, and throughout the entirety of Wonderland, it’s stays blasted open, allowing the chaos and insanity of Berglund’s artistic insanity to flow freely.

Wonderland starts with, “Whorehouse”, an incredibly catchy track that will stick in your head all day, hell – even all week – if you let it. Starting off with what sounds like either a train whistle or a flute that’s been thrown out of a car going down the highway, followed by synths made to sound like demented pianos, already Berglund has shown that his mind functions on a completely different frequency than most others. This isn’t all though, quickly after these elements seamlessly play into one another, a larger than life beat kicks in behind all of this and CEO yells what sounds like “terror” at the top of his lungs as if warning you to run now, before this song grabs you and never lets go. Even after these explosively volatile opening sections, the song goes on the present a chorus that rival’s the hooks of weirdo indie songs like, “Summertime Clothes”,”Kids”, and “Yoshimi Battles the Pink Robots Pt. 1”. This makes, “Whorehouse”, most definitely one of the best pop songs of 2014 so far. As for the rest of the album, it may never quite reach the heights of the opener, but there’s definitely a lot to scratch your head over.

The entire album, excluding the last two tracks, all follow the pattern of: pop song, followed by a more transitional song, followed by a pop song, and well, you get the point. This is no coincidence, this is something that is done deliberately by Berglund to juxtapose the pure sticky, sweet choruses through these tracks, with the more mellow, ambient, moody moments presented here. Having a behemoth of a track such as, “Whorehouse”, followed by the soothing, calm, swirling textures of “Harikiri”, really sets them apart from one another and shows off CEO’s musical diversity and attention to detail. All of the “transition” tracks here – “Harikiri”, “In a Bubble on a Stream”, “jUjU” – are all intimate and immersive, making you feel as if you’re floating on a cloud in a place where problems and responsibilities are second to relaxing and enjoying yourself.

The other more pop oriented songs like late-night ecstasy-filled dance party track, “Mirage”, and bouncy, demonic kid choir accompanied, title-track are great additions to the album. They slap you awake from the comfort of the ambient tracks, and jam-pack you full of energy before bringing you leading you back down into a blur of textures and soundscapes that separate them.

As for my complaints, they’re few and far between. The only real issues here are that the title track could probably shave a little off the outro that seems to dig itself into a slight ditch of monotony, and to spice up “Ultrakaos” that feels like it’s overstaying its welcome a bit, being pretty repetitive and hook-less.

Other than those few minor problems, Wonderland, is an immersive, eccentric, and intriguing sonic trip that may take two or three listens to fully grasp, but once it does you’ll finally at least feel like you have an idea of what was floating around in Eric Berglund’s head. Deep down though, I don’t think we’ll ever really know what he was thinking when he made these tracks – and that’s what makes Wonderland such a wonderfully hard to pin-down musical enigma.