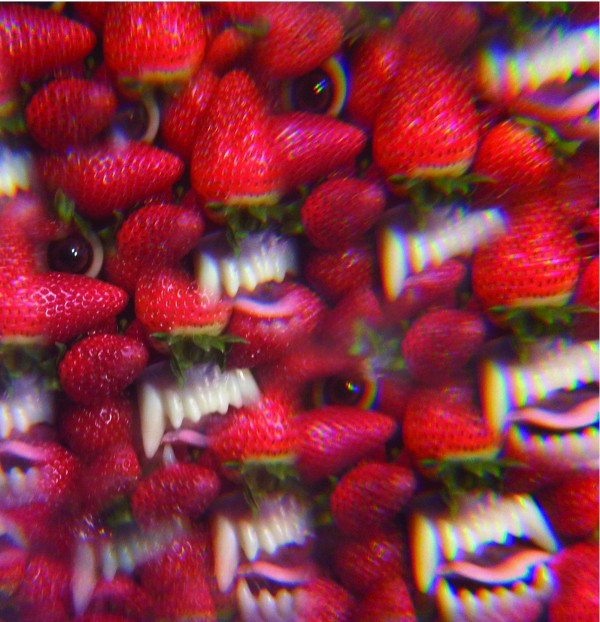 I pre-ordered this record without even hearing it because, 1. I was pretty fond of the album art and 2. It’s THEE OH SEES.  Needless to say I wasn’t disappointed in the slightest.  John Dwyer is basically the reason I keep living.  He turned 39 this year and is still the master of all that is psych-rock.

When My Bloody Valentine came out with their album Loveless, I was still in the womb.  I know that Kevin Shields is a perfectionist, but I don’t think anyone could have predicted it would take almost 22 years before they released a new record, but here it is in all of its glory.

Deerhunter debuted the song “Monomania” on Late Night with Jimmy Fallon and my brain exploded.  Bradford Cox had a bloody bandage on two of his fingers as if they were chopped off, and he abandoned the rest of his band on stage before the song was even finished.  I had, “MONO-MONO-MANIA” stuck in my head for days.  Cox is one of the few artists today that’s able to maintain being mysterious and unpredictable.  I can’t get enough of it.

Fuzz started out as a secret, but it didn’t stay that way for very long.  The band is made up of the trio, Charlie Mootheart, Roland Cosio, and Ty Segall.  Besides sharing obvious musical talent, they also all have great hair.

I’m not even entirely sure what Tim Presley is singing about on most of Cyclops Reap, but none of that matters.  His voice is soothing and poetic.  At times this album sounds like the record spinning at the wrong speed after it fell into the ocean, yet everything about it is so right.

Ty Segall goes in a different direction from his last three albums on Sleeper.  This album is mostly acoustic reflecting on the death of his father and ceasing to speak to his mother.  One of my favorite tracks is She Don’t Care.  Segall sings sweetly, “He packed his bags this morning / He bought his ticket today / Don’t you go away, not today / ‘cause she don’t care / she don’t care about you.”  I’ve always wanted Segall to write a song about me, but I’m glad he didn’t choose to do it on this album.

The lead singer of Savages looks a lot like my mom, but that doesn’t have anything to do with why their album is on my top 10 album list.

Bleached pretty much combines all of my favorite things: telephones, Misfits covers and a 1960’s girl group aesthetic.  Their style reminds me of the Motown era, but in a more modern and relatable way.  The Clavin sisters basically formed the band I would have started if I lived in an alternate universe.  I had the chance to interview Jennifer Clavin earlier this year, you can check that out here: https://impact89fm.org/blog/2013/05/24/7958/

I snagged this album during a music review meeting back in August and it was all I listened to for a week straight.  I played it during the next meeting, and everyone looked at me like I was crazy.  Maybe it’s an aquired taste.

10. The Orwells–Other Voices EP and Who Needs You EP

So technically these aren’t albums but this is my list SO DEAL WITH IT!  The Orwells were able to find their sound on the Other Voices EP then took inspiration from others for Who Needs You.  Their song “Blood Bubbles” is absolutely haunting and I think I might start wearing a telephone cord necklace because of it.  “Salvation is a Parking Lot (A Black Lips Rip-off)” from their second EP of the year is driven by the bands youthful spirit, and is all about getting your kicks while you can man.

Foxygen–We Are the 21st Century Ambassadors of Peace & Magic

Shannon and the Clams–Dreams in the Rat House