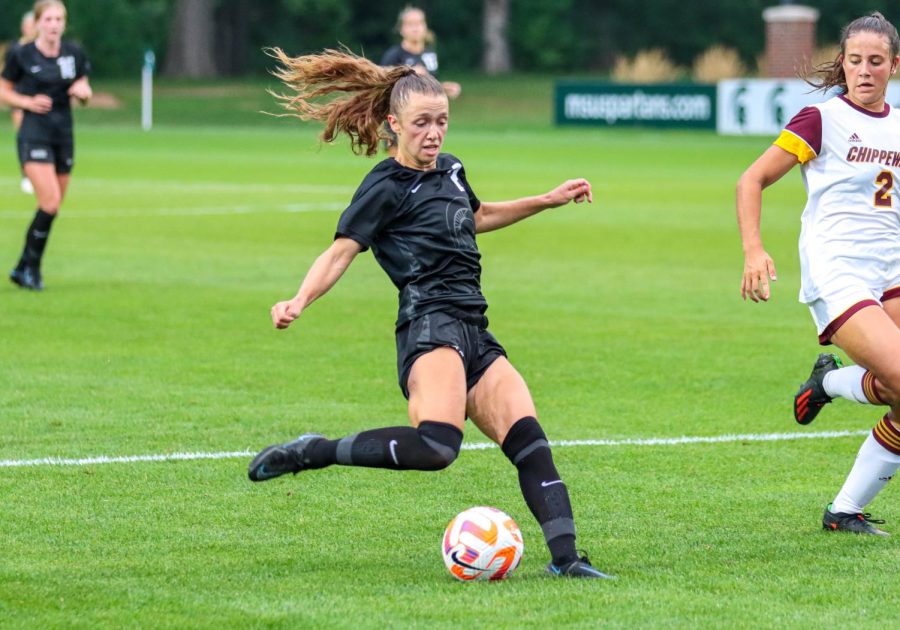 “We were not the same team tonight that we’ve been all year,” head coach Jeff Hosler said. “Attacking-wise, we looked a lot like we did in our first exhibition of the year.”

Hosler was critical of the performance after fulltime knowing his team has greater challenges ahead this season.

Out of the gate, both squads seemed to struggle to complete passes and find scoring opportunities in the contest. Freshman midfielder Emma Sargent recorded the first shot on goal for the Spartans, only to be stopped by substitute goalkeeper Hayley Lindow.

“I think we worked pretty hard, we just couldn’t get the outcome we were looking for,” Sargent said. “I think we’re going to regroup and get ready for Sunday.”

MSU’s best chance came in the 78th minute off a corner kick by graduate defender Ruby Diodati. Her corner kick found senior defender Bria Schrotenboer, who found a clear opportunity with a header, only to be stopped by a Golden Grizzly midfielder just outside of the goal line.

“There was a lack of attention to detail in training yesterday. For everything that we did so well against Arkansas on Sunday, I think that we really regressed today with our effort and our execution,” Hosler said. “With the exemption of the corner kick that Bria got her head on, I’d be hard pressed to find a really good attacking moment for us.”

Senior goalkeeper Lauren Kozal notched her fifth shutout of the season, continuing the stellar run she’s been on as a Spartan. Oakland used two goalkeepers in the contest, starting off with Noemi Stadelmann, who played through 66 minutes of action. Lindow was subbed on and stayed in action until the final whistle.

Michigan State stays at home for its final non-conference game of the season, as the Spartans welcome No.19 Colorado to DeMartin Stadium for a 1 p.m start on Sunday, Sept.11.