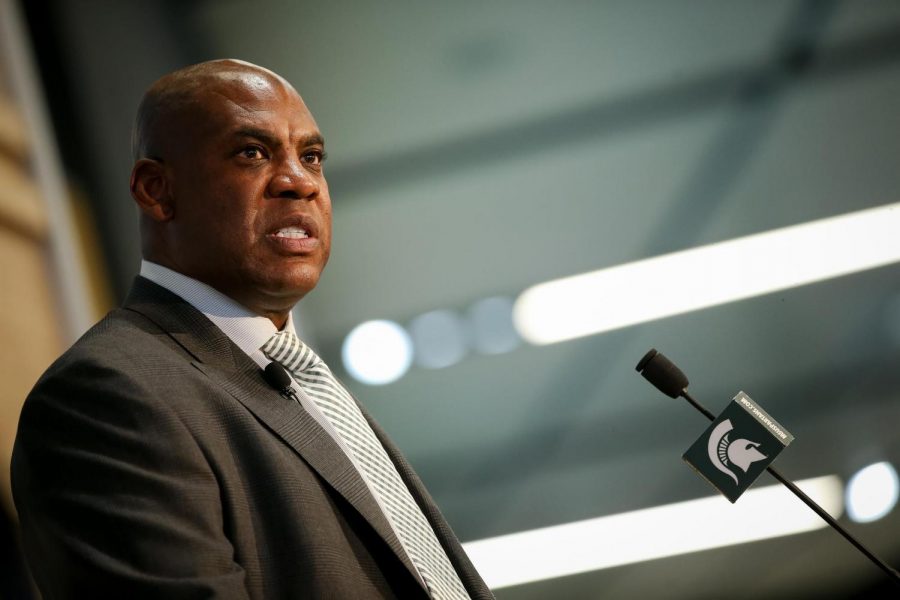 EAST LANSING – As the month of June rolls along, Michigan State football continues to accumulate talent for its 2023 recruiting class.

Hall played high school football in Virginia before transferring to IMG Academy in Florida. He is ranked inside the top-200 players in the class of 2023 according to 247 Sports. Hall had offers from Notre Dame, Michigan, Florida and others before announcing his commitment during his official visit to MSU.

Wedin is a 6-foot-6, 295 pound offensive lineman who plays at Carrollwood Day High School in Florida. 247 Sports ranks Wedin as a top-400 player in the country for 2023. Wedin’s offer list is impressive. Auburn, Alabama, LSU, Ohio State and more extended an offer. Just like Hall, Wedin was in East Lansing for his official visit this past weekend.

I am so thankful and blessed to have the opportunity to commit to being a Spartan Dawg and apart of the Juice Squad!! #NEXT2T3P #ChopLife #GoGreen pic.twitter.com/oFFBdgzePK

Finally, Braxton is a 5-foot-11, 170 pound cornerback from Texas. He is the third highest ranked player in MSU’s 2023 class. Braxton took his official visit to Michigan State on June 3. 247 Sports ranks him as a top-250 player in the 2023 class and a top-30 cornerback. He held offers from Baylor, Cal, Arkansas and others.

The Spartans 2023 class ranks inside the top-10 in the country according to 247 Sports. In Tucker’s third season, he has fielded a recruiting class that stands ahead of schools like Georgia, Clemson and Michigan.

On top of the already successful summer, MSU is still scheduled to host 15 more 4-star or higher recruits in June. The national scope of Tucker’s recruiting strategy has continued. Only two of the 11 commits for 2023 are from Michigan.