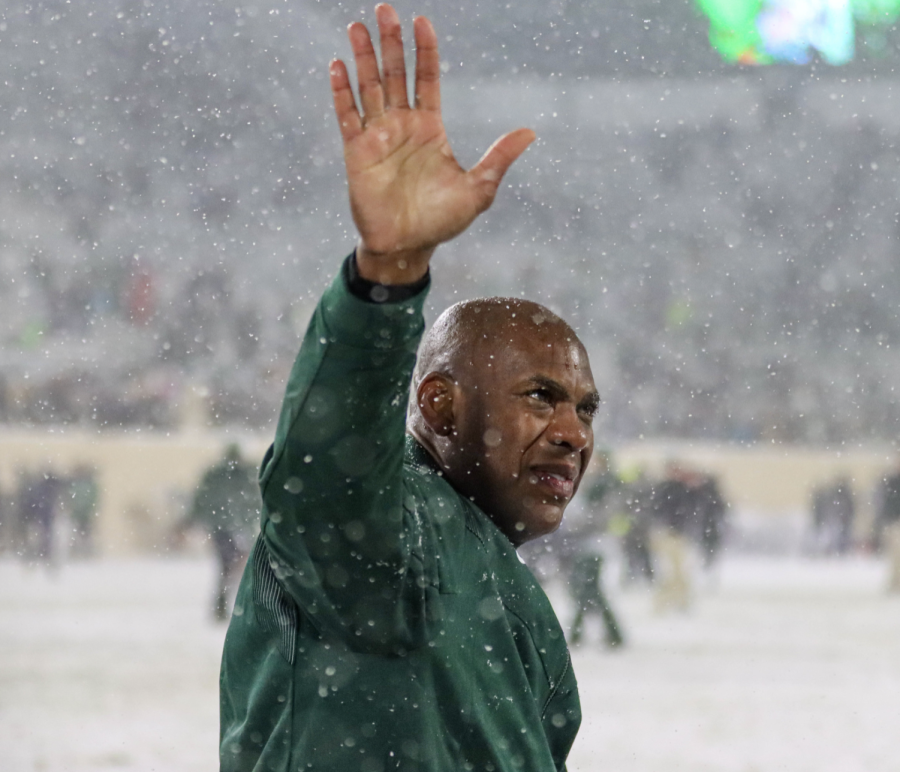 EAST LANSING – Demetrius Bell announced his commitment to Michigan State on Wednesday. Bell is a 4-star wide receiver from Tennessee.

Michigan State now has commitments from five 4-star players in its 2023 recruiting class. 247 Sports now has the Spartans 2023 class ranked No. 14 in the nation.

Bell is 6-foot-1, 175 pounds and had offers from Michigan, LSU, Ole Miss, Tennessee and more. He is a top-350 player in the country and a top-10 player in Tennessee.

Although he projects as a receiver, Bell is listed as an athlete on 247 Sports and played both ways effectively in high school. During his junior year, Bell had over 1,000 yards and 17 touchdowns playing receiver. On defense, he had 37 tackles, one interception and one sack.

Speed is a major factor in Bell’s game. He was a threat to take the top off opposing defenses on deep routes.

The Spartans are hosting over 40 official visits throughout the month of June. Bell took his official visit last weekend, proving how crucial this month is for head coach Mel Tucker.

Tucker is targeting players on a more national level than previous Spartan coaches have. This approach leads to higher end talent coming to play in East Lansing.

Michigan State signed six composite four-star prospects in the 2022 class and has five committed to its 2023 class so far — a total of 11.

Six of the eight commits in 2023 are players from outside of Michigan. The Spartans will be hosting over 25 more recruits that are 4-stars or higher throughout the rest of June.