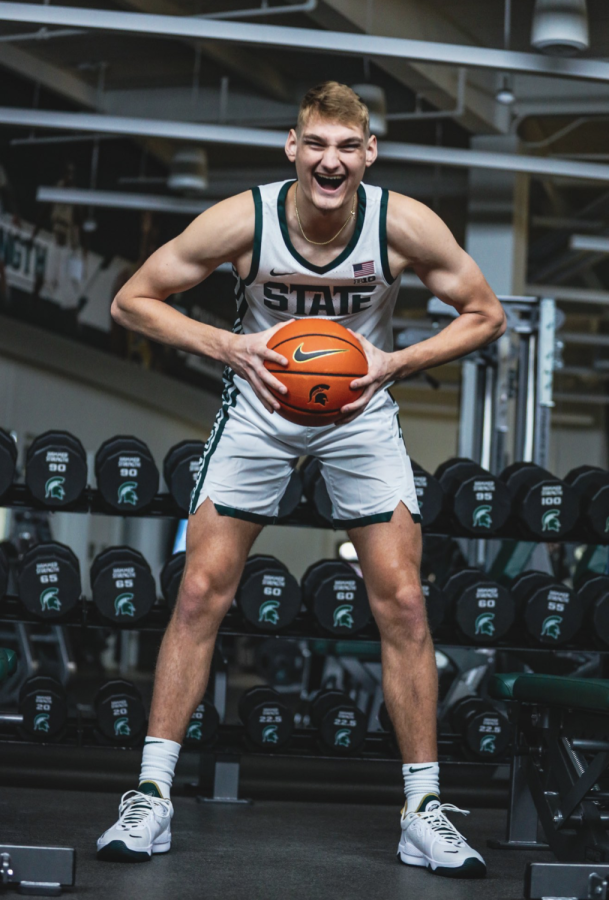 EAST LANSING, Mich— Michigan State has added some much needed depth to the 2022 frontcourt.

As his recruitment slowly heated up as a senior, Cooper received offers from five Division I schools in American, Stetson, Duquesne, Vermont and Eastern Michigan.

The 17-year-old Cooper informed 247Sports that he plans on redshirting the upcoming season. It remains to be seen if he will be on scholarship or if he is joining the team as a preferred walk-on.

Cooper gives the Spartans some much needed interior depth with the departure of centers Marcus Bingham Jr. and Julius Marble. While being a bit of a raw prospect, Cooper adds some size and physicality to a power forward/center room that currently only has Joey Hauser, Malik Hall, Mady Sissoko and incoming four-star Jaxon Kohler on scholarship.

He will also add a solid interior presence to a scout team that has been somewhat depleted with forward Peter Nwoke entering the transfer portal and fellow forward Michael Peterson graduating.