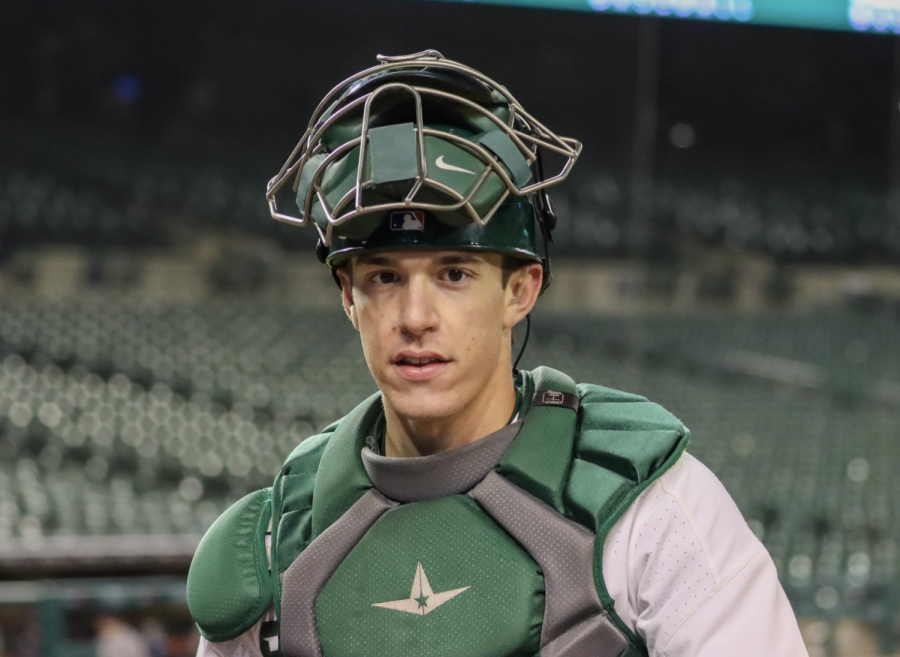 EAST LANSING— The Michigan State baseball team swept the Minnesota Golden Gophers in an action-packed 9-7 win on Sunday, March 30 to extend its win streak to five games- the longest streak since 2018. The Spartans move up to 10th place in the Big Ten conference after the three-game series against Minnesota.

“I’m really pleased with how we played today,” MSU head coach Jake Boss said after Saturday’s 2-1 win. “I thought we were really good on the mound, very clean defensively, and I’m sure it was a good college baseball game to watch.”

After a 40-minute rain delay, the Gophers hit the ground running in the first inning with hits from Boston Merrilla and Brett Bateman to give the Gophers the early 1-0 lead. The Gophers’ success continued in the third inning as Boston Merila and Chase Stanke both drove in runs for the Gophers, clearing a three-run lead going into the fourth inning

The Spartans found their form in the bottom of the fifth as redshirt freshman Christian Williams hit a solo home run and sophomore Trent Farquhar’s three-run home run would give the Spartans the 4-3 lead.

Minnesota pitcher Aidan Manldando was pulled for the Gophers and recorded 10 strikeouts despite giving up four runs.

In the seventh inning, the Gophers came storming back with Jack Kelly and Kyle Bork’s hitting doubles to center put them ahead 7-4.

The Spartans responded in the bottom of the seventh as Farquhar scored on a throwing error to make the score 7-5, but the Spartans would leave two men on second and third with a chance to tie the game.

The Spartans regained the lead in the bottom of the eighth courtesy of sophomore infielder Mitch Jebb’s single that drove in Zaid Walker and Dillion Kark before Farquhar’s single that gave the Spartans an 8-7 lead.

Junior outfielder Casey Mayes’s made it a 9-7 lead heading into the ninth inning with his single.

The Gophers threatened to force extra innings with bases loaded in the bottom of the ninth before Minnesota’s Riley Swenson lined out to center, ending the game at McLane Stadium.

MSU’s record stands at an even 21-21 with a 6-9 record in the Big Ten conference heading into the first week of May.

The Spartans will travel to Happy Valley to face off against Penn State for a three-game weekend series starting Friday, May 6. They will return to McLane Stadium on May 13 after a series of two non-conference games at Western Michigan and Notre Dame.