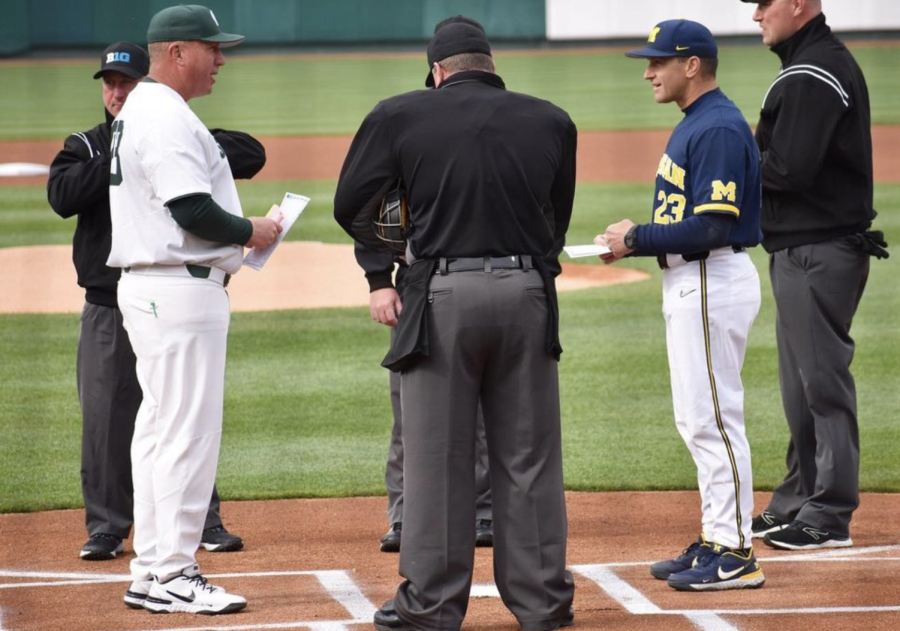 EVANSTON, Ill— Michigan State’s scheduled Friday afternoon game against Northwestern has been postponed due to inclement weather. The game was initially set to start at 4:30 EST.

The Spartans will make up the game tomorrow as part of a doubleheader. First Pitch is set for 12 p.m. and the series is set to conclude on Sunday at 3 p.m.

For MSU, this weekend’s upcoming series is a pivotal one. The Spartans will go into tomorrow’s game on a two-game win streak (knocking off Oakland and Eastern Michigan). Prior to its two-game win streak, MSU had lost five games in a row, including a three-game sweep at the hands of Michigan.

MSU is currently 15-19 on the season and 2-7 in Big Ten play. They have, however, struggled one the road this season, currently sporting a 5-9 mark.

Northwestern has had a mediocre first half of conference play, currently 4-5 on the season. Overall, the Wildcats are 16-16 on the season, but 9-1 at home. They have two conference wins over Indiana and Penn State, but were recently swept by Illinois in a three-game series from April 16-18.