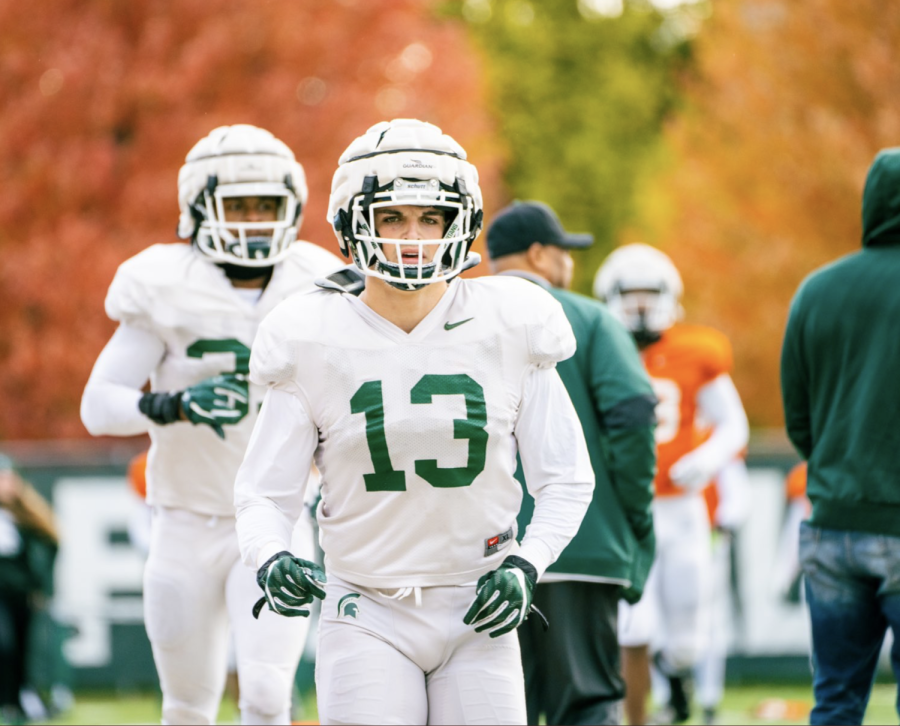 EAST LANSING, Mich— Michigan State redshirt senior linebacker Ben VanSumeren has withdrawn from the transfer portal after previously entering it on March 14. He had been practicing with the team during his time in the portal.

The return of VanSumeren will provide the Spartan linebacking core with some experienced depth and a consistent special teams presence alongside returners Cal Haladay, Darius Snow and Ma’a Gaoteote and transfer additions Aaron Brule and Jacoby Windmon.

VanSumeren, the older brother of current 2022 four-star defensive tackle Alex VanSumeren, appeared in all 13 games for the Spartans this past season and collected 12 tackles. He also started in one game (against Rutgers on Oct. 9) after Cal Haladay was ejected for targeting against Western Kentucky the previous week.

Overall, he has appeared in 28 games between his time at Michigan and MSU. VanSumeren transferred to MSU from Michigan after appearing in 15 games for the Wolverines from 2018-20. A 2018 three-star recruit, he originally committed to Michigan despite being offered by Iowa, Iowa State and Cincinnati.

A solid veteran depth option, the 6-foot-3, 240-pound VanSumeren logged 122 defensive snaps and 133 special teams snaps over 13 games. He could step into a Noah-Harvey esque role and will be tasked with helping mentor younger players such as Gaoteote and fellow 2022 recruit Carson Casteel.