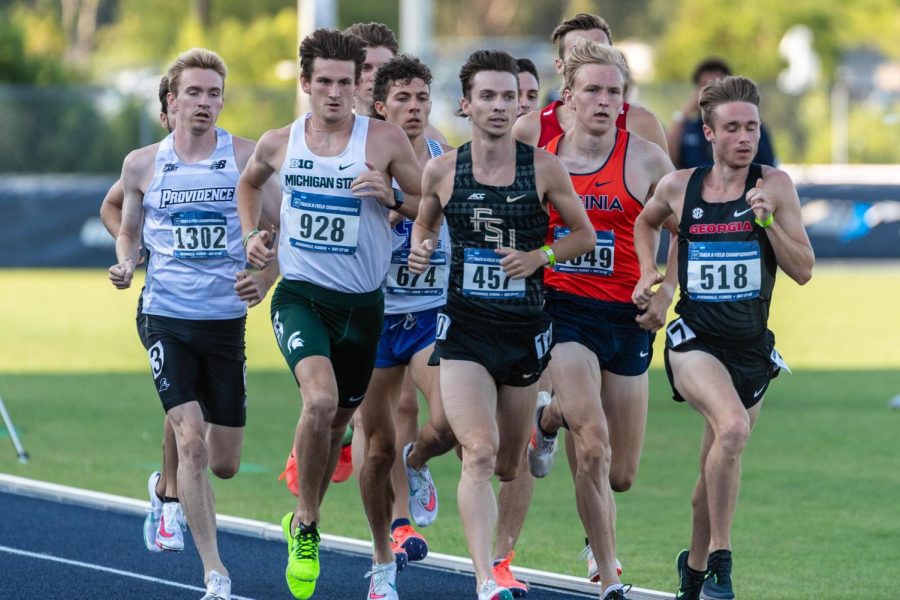 EAST LANSING — After a busy weekend for the Michigan State track and field team at the Spartan Invitational, the program will send three athletes to compete in two separate meets this weekend, albeit in vastly different parts of the country.

Junior Heath Baldwin and sophomore Ryan Talbot are set to compete at the Jim Click Shootout on April 7 and 8, hosted by the University of Arizona in Tucson. Meanwhile, graduate student Quiara Wheeler will travel to Coral Gables to compete in the Hurricane Alumni Invitational on Friday, April 8.

Although the meet in Tucson lasts until Saturday, Baldwin and Talbot will only be competing on Thursday and Friday, in the Multis portion of the event. These two days are reserved for the heptathlon and decathlon events.

Baldwin and Talbot will compete in all 10 events over the course of the first two days, with five on one day and five on the other. The events will alternate between the women’s heptathlon ones and the men’s decathlon ones on a rolling basis each day.

The last time Baldwin participated in a full decathlon was at the 2021 NCAA Track and Field Championships, where he earned All-American honors while competing for the University of Michigan. His personal-best performance came at the Big Ten Championships the same year, in which he scored 7611 points.

Talbot has never competed in a full decathlon at the collegiate level, though his last heptathlon came at the 2022 Big Ten Indoor Championships, where he scored a PR of 5660 points and came in fourth place.

At last weekend’s Spartan Invite, Baldwin set a PR in the discus throw with a best of 39.19m. He also came in first in the men’s 110m hurdles with a time of 14.92 seconds, as well as third in the long jump with a top finish of 6.82m. For Talbot, he came in eighth place in the discus throw, with a best effort of 42.34m.

At the Hurricane Alumni Invitational, Wheeler, a transfer from Central Michigan, will compete in both the women’s hammer and discus throws.

While she didn’t participate in the Spartan Invite, Wheeler does have outdoor experience this season at the Raleigh Relays late last month. She placed seventh in the women’s hammer with a 59.61m best effort, as well as 15th in the women’s discus, where she threw for a top distance of 44.21m.

Baldwin and Talbot will start competing at 11:00 a.m. MT on Thursday and 9:30 a.m. MT on Friday. Wheeler will also compete on Friday, and she’ll start with the discus around noon ET, right after the men finish throwing.