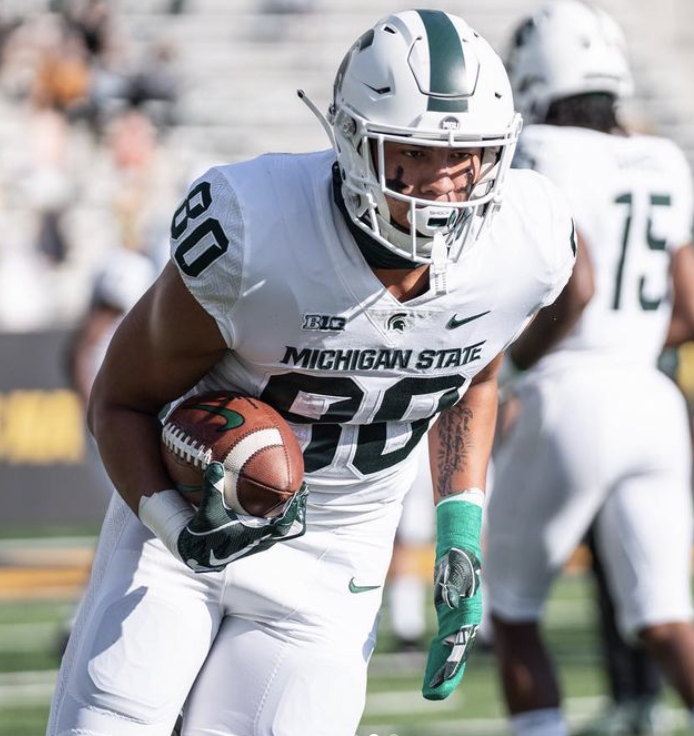 The 6-foot-3, 215-pound Stewart, a Rockwood, Michigan, native, announced that he has transferred to Temple on Tuesday, April 5. He is the 13th Spartan to transfer to a new school since late 2021.

A former high three-star recruit within the 2020 recruiting class, Stewart initially chose MSU over the likes of Michigan, Ohio State, Penn State, Pittsburgh, Purdue, Indiana, Kentucky, NC State, Cincinnati, West Virginia, Syracuse, Louisville, Duke, Boston College and Kansas. He was rated by 247Sports as the No. 20 overall prospect in Michigan and the No. 104 overall wide receiver prospect in 2020.

During the COVID-19 shortened 2020 season, he appeared in four games (Michigan, Iowa, Indiana and Northwestern) and saw action on 21 special teams plays. In 2021, he appeared in three games against Northwestern, Youngstown State and Miami and had a 15-yard catch against Youngtown State.

Stewart will have three years of eligibility remaining.