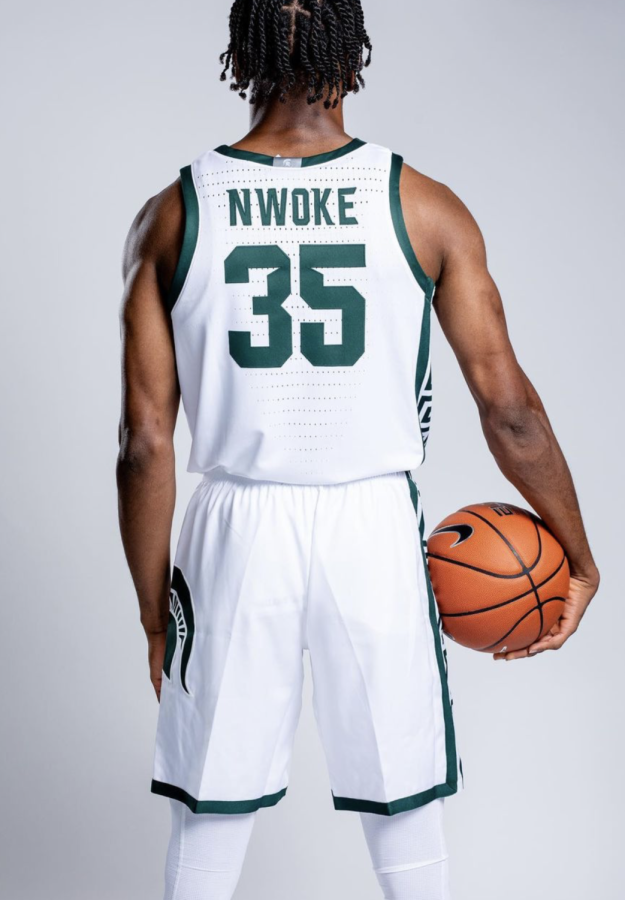 EAST LANSING, Mich— Michigan State freshman walk-on forward Peter Nwoke has entered the transfer portal. He is the first Spartan to enter the portal since the conclusion of the 2021-22 season.

Trusting God and the process. pic.twitter.com/sdyoYZAhej

Nwoke, who didn’t appear in a game for MSU this year, initially joined the team in late April of 2021 after playing his high school ball at Orchard Lake St. Mary’s. As a senior, he averaged 9.8 points, 9.5 rebounds and 3.4 blocks a game. Nwoke was also a key part of a St. Mary’s team that won 47 straight games from 2019-21 and made the state quarterfinals in 2021.

He initially came to the U.S. from Lagos, Nigeria, in 2017 and established himself as one of the best basketball prospects in Michigan as well as an exceptional student with a 4.12 cumulative GPA. Nwoke chose to join MSU in 2021 despite having offers from Division I schools Oakland and Mississippi Valley State.

The 6-foot-8, 215-pound Nwoke will have four years of eligibility remaining.