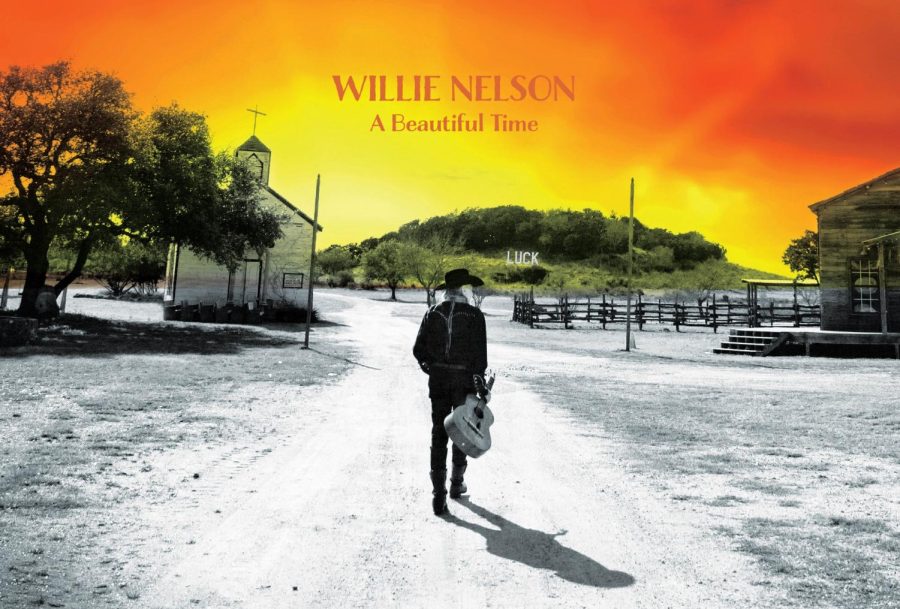 Country icon Willie Nelson released a new single, “Energy Follows Thought,” off an album set to release on his 89th birthday. A Beautiful Time, as shown on his website, will be Nelson’s 72nd solo studio album.

This single is different from the current country climate, but not much different from earlier hits, such as mellower tracks “Blue Skies” or “Always On My Mind.” “Energy Follows Thought” holds true to the style of his zenith in the ‘70s, rather than what modern country has become: a caricature of truck-driving, beer-drinking small-towners with nothing behind repetitive lyrics. Nelson’s incredible songwriting skills show through in a melancholy, but positive song about staying optimistic in hard times and not letting your mind take control of you.

“Your mind is in control,

Even when you do not know

And if you let it idle,

Ain’t no telling where it’ll go

Imagine what you want

And get out of the way

So be careful what you say.”

As explained by the Country Music Hall of Fame, Nelson — who was inducted in 1993 — is an extremely versatile musician, taking influences from honky tonks, his Texan roots, outlaw country — of which he was one of the most prominent voices — pop, or country classics from decades past.

This new release and upcoming album shows that Nelson will not let age slow him down, that he will continue to make strides in the country music industry six decades in.

Even recently, he hasn’t stopped. In 2021, he released three albums: That’s Life, a Frank Sinatra tribute, The Willie Nelson Family, a collaboration with his family members, and Texas Willie, his old demos. His ‘70s Christmas song “Pretty Paper ” was also featured as a duet on Dolly Parton’s 2020 Christmas Album. As the co-founder of Farm Aid, he’s spent 36 years doing concerts and helping small family farmers keep afloat. Nelson is a long time advocate for the legalization of marijauna, starting his own company and being busted numerous times for possession, alongside advocating for animal rights, according to Rolling Stone. In the summer of 2021, The Hollywood Reporter documented the Texas native singing on the steps of his state’s capitol in protest against Republican imposed voting restriction.

Like any music, country is ever evolving, and it is something special that six decades has not changed Nelson’s style or his relevance in the country music industry. With the mainstream of the genre written off as a collection of surface-level, monotonous party tracks, Willie Nelson’s continuous presence reminds us that country can have a meaning, heart, artfully crafted lyrics and the mellow sound that used to flow through your grandpa’s radio on a cool summer night. Country doesn’t have to be old fashioned, it doesn’t have to be conservative, it isn’t only applicable to small town citizens and pickup truck drivers.

Country music has changed, but it still has its iconic singers. “Energy Follows Thought” isn’t new or old, it’s Willie Nelson. And time won’t change that.