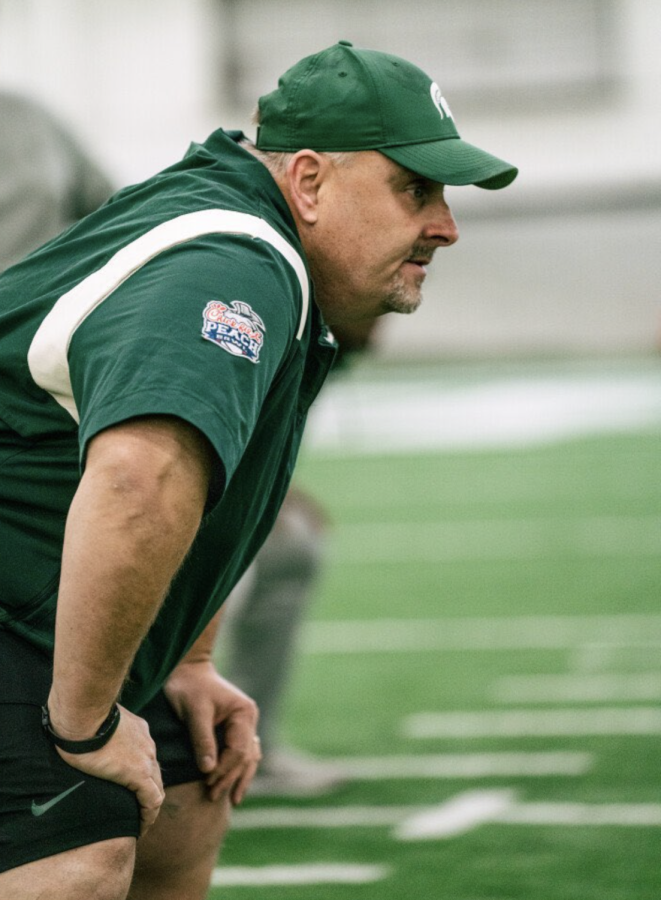 EAST LANSING, Mich—Former Washington State center Brian Greene has transferred to Michigan State. He originally entered the portal on Jan. 10 of this year.

Fired up for this opportunity! #GoGreen pic.twitter.com/J3V90PV4af

Greene, who was named to the Rimington Trophy Watch List in 2021, started in all four games at center for the Cougars in 2020 as well as six games in 2021. He was also named as an All-Pac 12 honorable mention selection in 2020. He originally joined the team as a preferred walk-on in 2017 before earning a scholarship and appearing in five games in 2018 and 13 games in 2019 as a key reserve.

Overall, Greene started in 10 games and appeared in 29. He previously visited MSU from March 1-3.

The 6-foot-3, 300-pound Washington native chose Michigan State over Auburn, Duke, Ole Miss and Arizona. Out of high school, 247Sports rated him as a two-star recruit and the No. 35 overall prospect in Washington that had offers from Montana, Montana Sate and San Diego State. The site also rated him as a high-three star recruit when he entered the portal.

Greene is the eighth overall transfer that Mel Tucker has landed for the upcoming season and the first offensive lineman. With the departure of starting center Matt Allen, as well as that of veteran guards Blake Bueter, Kevin Jarvis, James Ohonba and Jacob Isaia, Greene will help to provide veteran depth for a Spartan interior that lacks in any experience outside of center Nick Samac and guards JD Duplain and Matt Carrick. Greene can, and has, played both center and guard.

By virtue of being a graduate transfer, the 2022-23 season will be his final year of eligibility.