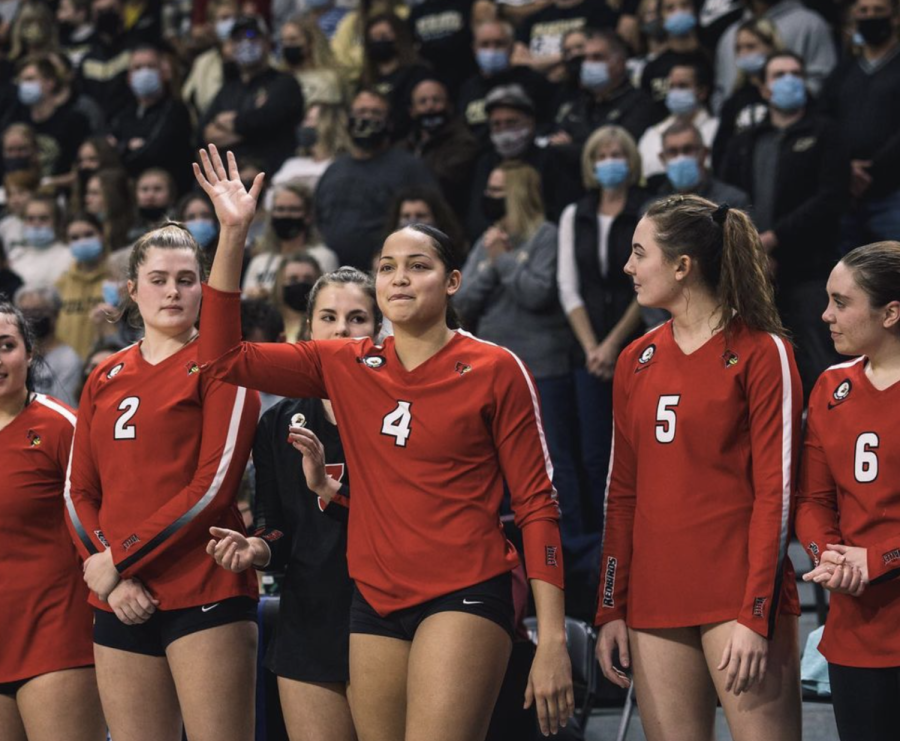 EAST LANSING, Mich—The Michigan State volleyball roster is slowly filling out, with the team announcing the addition of former Illinois State outside hitter Aliyah Moore. She was named as an MVC All-Freshman team selection in 2021 and is following head coach Leah Johnson to East Lansing.

A native of Surprise, Arizona, Moore appeared in all 33 matches for Illinois State (starting in 24) last season, playing 115 sets. She recorded 251 kills throughout the season, with a .224 attacking percentage. Moore averaged 2.18 kills per set, adding 79 blocks and 69 digs throughout the 2021 season. Her 115 sets was tied for the third-highest mark on the team.

Moore was a three-sport athlete at Valley Vista High School, holding an all-time long jump record. She was named to the PrepVolleyball class of 2021 watch list while also earning the 6A Southwest Region Player of the Year in 2020.

Moore was named to the Missouri Valley Conference All-Freshman team and recorded a team-high nine kills during its NCAA tournament appearance against Purdue. She helped lead the Redbirds to a 19-14 record as well as a 13-5 conference record and a league tournament title over Loyola Chicago on Nov. 27.

She will help add some experience with graduation of outside hitter Molly Johnson. Moore will also have three years of eligibility remaining.