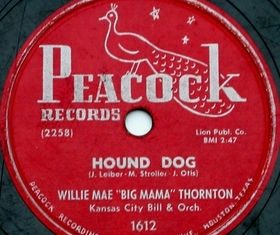 The history of stealing musical ideas, writings and styles from Black artists is a well-documented one, and one that runs deeper than a series of simple accidents. Rooted deep in this past is bias: racism, to be more specific. What drove listeners and viewers away from Black artists and into the perceived comfort of white renditions was not the sounds that came from the mouths and hands of Black artists, it was their skin. As Robert C. Kloosterman and Chris Quispel cover in their article “Not Just the Same Old Show on My Radio: An Analysis of the Role of Radio in the Diffusion of Black Music among Whites in the South of the United States of America, 1920 to 1960,” Elvis Presley’s initial discoverer, Sam Phillips, had been on a constant search for a white artist “who sounded Black” because he knew that racist Americans loved the sound of Black artists — they simply could not stomach the sight of them. In Wesley Morris’s article “Why is Everyone Always Stealing Black Music?” he points out that jazz singer Nat King Cole was immensely popular on the radio, touching audiences of all races and backgrounds, but his television show only lasted one season, being canceled after failing to receive any sponsors. As documented in Britannica, few sponsors desired to be associated with a Black entertainer.

This culture that dismissed and actively discouraged the freedom of Black expression gave way to a culture of theft. The work of Black artists, which Morris calls “the sound of complete artistic freedom,” became a treasure trove for white artists in need of a hit. They stole from Big Mama Thornton, Otis Blackwell, Richard M. Jones, Lorraine Ellison and many, many more. Their works were picked up by artists like Elvis Presley and Pat Boone who ran off with their ideas. Credit was rarely given and often had to be fought for. Black songwriter Willie Dixon sued legendary rock band Led Zeppelin twice for copyright infringement and won both times; Black songwriter Ronald Mack sued George Harrison over copyright infringement in “My Sweet Lord” and won. In more recent times, the estate of Marvin Gaye sued Robin Thicke over “Blurred Lines” and won 50% of the song’s royalties. Unfortunately, the examples go on and on and on, but that should not stop listeners from appreciating the original works and the influence they had. As we learn of these injustices and appreciate the original works, we find we cannot fully rectify days past, but we can shoot for increased accountability in the days to come. An exploitative past need not hold an exploitative future.