Self-Evidently Punk | “Politicians in My Eyes” by Death 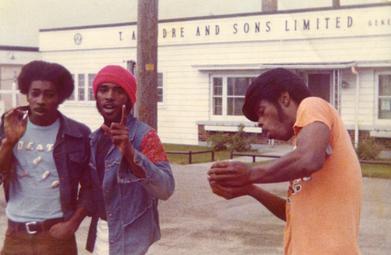 Sometimes to let a song flourish you just need to provide context and let the music say the rest: Now is one of those times. At the time of recording Death, a band of brothers were the only band of their kind. An all-Black punk band when punk bands were unheard of. Even getting in the studio was a challenge. They did it, but they didn’t see commercial success for decades. David, the guitarist and brother who pushed for the harder sound, died long before his brothers finally got the recognition they deserve. The circumstances of their rediscovery are irrelevant to the pure elemental punk that was found. It’s fast, it’s raw, it’s loud, it’s everything that punk would become. But they did it first, and they did it right.