Spartan track and field has another record-setting weekend 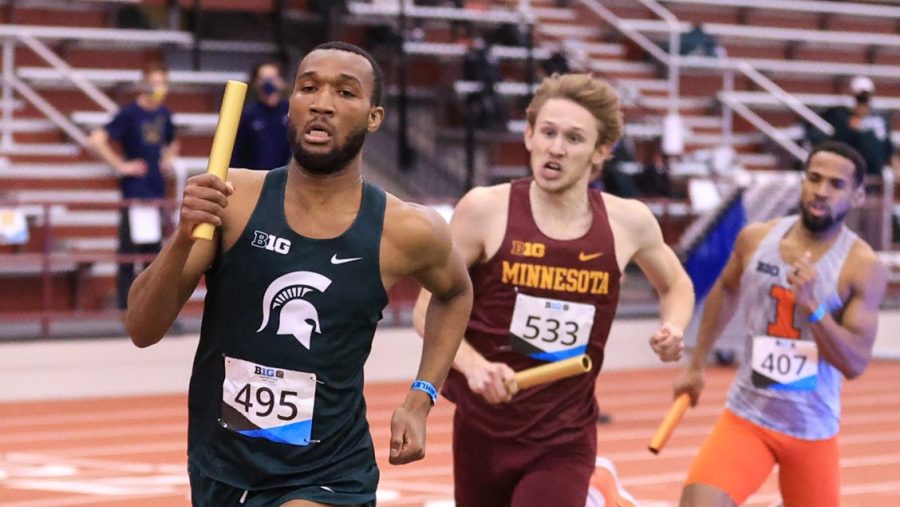 The Michigan State track and field program had another busy weekend, as athletes represented the team at both the Silverston Invitational in Ann Arbor as well as the Alex Wilson Invitational in South Bend, Indiana.

This time smashed the previous record, set by Petruno, Smith, Beadlescomb and Kendel Hammock last season, by just over 13 seconds.

The Spartan men ultimately finished eighth in the event, which was a historically fast race. The top-seven teams all broke the previous collegiate record for the men’s distance medley relay on an oversized track, which was set by Notre Dame with a 9:25.80 time in 2020.

At Friday’s meet in Ann Arbor, two MSU athletes finished first in their events, while six finished in second place and three finished in third.

The Spartans were led by juniors Sophia Franklin, who placed first in women’s pole vault with a 4.31m finish, and Erin McCallum, who jumped 5.45m to take the top spot in women’s long jump.

Franklin’s first-place performance only adds to the numerous accolades she’s received this season, as she was named Big Ten Women’s Indoor Field Athlete of the Week on Feb. 9 after she broke her own indoor pole vault school record at the Meyo Invitational.

On the men’s side, redshirt sophomore Justin Ferraro ran a 4:18.44 PR time to take eighth in a fast mile race. Freshman Jalen Nelson and sophomore Tylor Leedom also tied for second in the men’s high jump, each recording a 1.95m finish.

These two meets concluded the regular season for the Spartans, who now set their sights on the Big Ten Championships. The meet will take place at the SPIRE Institute in Geneva, Ohio, from Feb. 25-26.