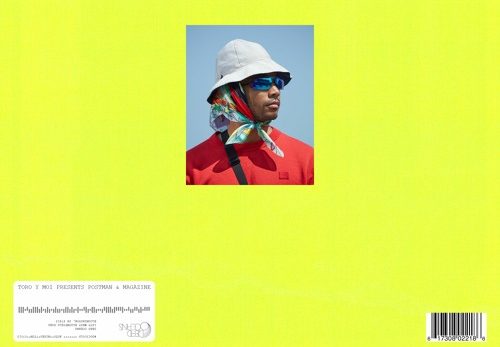 In preparation for his upcoming album MAHAL, to be released on April 29, Toro y Moi released his singles “Magazine” and “Postman” together on Jan. 26.  The songs continue his trends of funky indie-pop and themes that reflect the anxieties of modern life. While “Postman” has already taken its spot as his second most popular track on Spotify, “Magazine” remains my favorite of the two.

A statement posted on Toro y Moi’s Spotify said both songs “take a deep dive into our relationship with media in a changing world.” This theme becomes obvious in the “Magazine” music video.

The video features screens playing multiple images at once, competing for the viewer’s eye. This creates a distraction as the viewer tries to follow the movement on each screen and some images become distorted. It results in a chaotic and hypnotizing effect that reflects today’s media landscape, with our eyes glued to screens and our brains swimming to stay afloat in the sea of information that comes flooding in.

The song conveys a disillusionment with many aspects of the modern world, as expressed by the lyrics:

“Nothing here to see, factory’s overseas /

Cut down all these trees, we building Model T’s /

I’ma throw it up all over all the seats.”

Despite the upbeat dancey quality of the song, the lyrics portray a moral and emotional struggle against a world that can sometimes make you sick. Grappling with this can create a kind of depression, which is further expressed as Salami Rose Joe Louis sings:

The thoughts of what you said are in my head /

I wanna be away from everyone /

I shattered all the daylight in the sun”

Even though these lyrics create a slightly depressing image, the song remains blissful. In this way, it presents a solution to the moral struggle against the modern world, a message that says things are bad but don’t worry about that right now. Based on this philosophy, maybe the healthiest way for us to cope is to get off our phones, curl up in bed and stay there all morning.