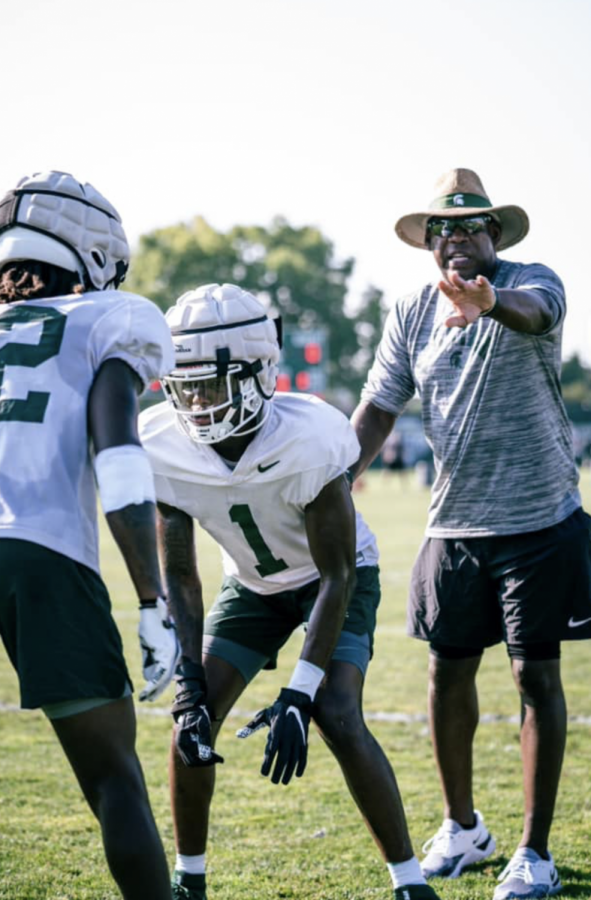 Coleman, a 14-year NFL veteran, was lured to East Lansing from Georgia Tech where he spent the past three seasons as the defensive ends and outside linebackers coach.

IT’S OFFICIAL 🚨@Coach_MColeman is now a part of our football family #GoGreen pic.twitter.com/L23MZzszEt

A product of the Midwest, Coleman is from Dayton, Ohio. He recorded 27.5 sacks and 50 tackles for loss over his three seasons at Georgia Tech, winning a national championship in 1990. As an outside linebacker, he earned All-American honors during his sophomore and junior years.

He was inducted into the Georgia Tech Athletics Hall of Fame in 2001, his first year of eligibility.

Coleman entered the NFL draft following his junior year and was drafted No. 12 overall by the Miami Dolphins in 1992. He went on to enjoy a successful career, playing 14 seasons for six different teams. Coleman also earned a Pro Bowl appearance in 2000 after notching 12 sacks and 51 tackles.

In total, Coleman played for the Dolphins, Chargers, Commanders (formerly Redskins), Jaguars, Eagles, and Broncos. Over his career, he recorded 610 tackles, 65.5 sacks and 18 forced fumbles in 207 career games.

After his playing career ended in 2005, he went on to become an assistant defensive line coach for the Las Vegas (then Oakland) Raiders in 2018 under Jon Gruden before returning to Georgia Tech as the defensive ends and outside linebackers coach. He, along with newly-hired pass rush specialist Brandon Jordan, will be tasked with leading a defensive line that returns Jacob Slade, Simeon Barrow, Jeff Pietrowski, Maverick Hansen, Michael Fletcher, Jalen Hunt and Dashaun Mallory, among others.

The hire concludes the 2022 MSU staff; Coleman is the 10th assistant coach that Tucker will have. The NCAA allows schools to employ up to 10 assistant coaches and four graduate assistants.