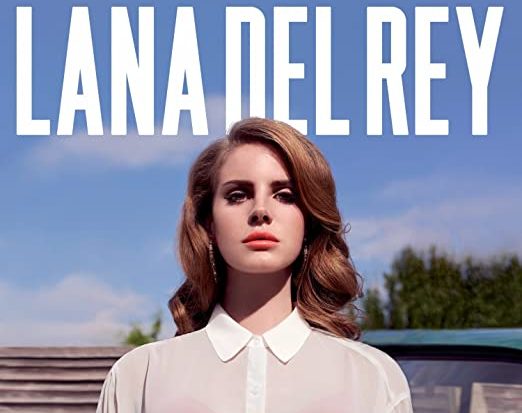 “So choose your last words, this is the last time /

A whole decade has passed since Lana Del Rey entered the music world and sad girl life was forever changed. Born to Die was released on Jan. 27, 2012. Needless to say — cliche as it may be — the rest was history.

Just the name, the image of her in that white blouse and shiny brown curls over a blue sky, conjures the sun soaked vibe of that summer 10 years ago, faded in sepia tones. Flower crowns and circle skirts, combat boots and red lipstick, the dark blue hues of the growing social media platform of the time. The release of Born to Die and the rise of Tumblr collided with sparks here. There was no better place to put a melancholy, heartbroken Lana lyric than over a filtered photo on an aesthetic blog.

At this time, Tumblr was still counter-culture; the place for soft grunge, literature quotes, fanfiction, “not like other girls” and a range of aesthetics. Born to Die has a clear aesthetic. The world that Lana created around this album was intricate and detailed. And it’s not necessarily insincere or inauthentic to mold a music catalog and a persona around a well-crafted aesthetic — Lana Del Rey in itself is a stage name — especially because listening to this music creates such a clear vision of what she wants you to see.

Lana makes this stained, gray world of crime, sadness and death into something of beauty. The music pulls from images of glossed-over Americana. “Blue jeans, white shirt / walked into the room you made my eyes burn / it was like James Dean for sure.” From “Blue Jeans, taking influence from old Hollywood.  “I’m your national anthem / God, you’re so handsome / Take me to the Hamptons.” This is even shown in style: the Priscilla Presley voluminous curls, the Audrey Hepburn long-lashed doe eyes.

She sings about love. More specifically, a broken love. Either because of the woman’s checkered past or because of problems on both sides. “He doesn’t mind I have a Las Vegas past / He doesn’t mind that I have an L.A. crass way about me / He loves me with every beat of his cocaine heart.” From “Off to the Races,” telling a broken love story, as well as from “Million Dollar Man:” “You look like a million dollar man / So why is my heart broke?” Seeing this sad, broken woman being loved, any young and impressionable teenage girl scrolling on Tumblr sees something beautiful.

Which brings us to a problem.

This world is so grittily beautiful it becomes aspirational. Flowery prose and dreamy vocals cover up the dirt behind the glamor.

“Light of my life, fire of my loins…”

First, the opening lines of the novel Lolita. Now heard for a decade in the sultry verses of “Off to the Races,” the second track after the title song.

What was the point of starting off a song with the opening to Lolita? There has been no shortage of music paying homage to literature. Think the dark moors of Kate Bush’s “Wuthering Heights”; the Alice in Wonderland-themed trip of Jefferson Airplane’s “White Rabbit”; or even the pop-punk love story of We The King’s “Check Yes, Juliet.”

The thing with Lolita is it’s told from the perspective of the abuser, a clear-as-day unreliable narrator. Lolita isn’t even her real name, just a sick fantasy projected onto her by a disgusting man. This story isn’t one to be romanticized. If this story was told from the little girl’s perspective, it wouldn’t be a romance. The aforementioned “Off to the Races” is a rose-colored, red-lipped, cigar smoking fantasy of a broken girl and an older man who cares more for her body than her checkered past. Realistically, nothing in this song should be aspirational. However, the carefully crafted aesthetic sounds beautiful.

The man in this song loves her. The champagne-soaked life of rich men and love-against-all-odds creates a vibrant world, but one that shouldn’t leave the music. One of the largest concerns with this song in particular is that it is riddled with Lolita references. Too much emphasis is put on glamorizing the young girl and her scarred-yet-beautiful life than the old man who is in love with her. With such controversial subject matter combined with such beautiful lyrics and world-building, it makes this life look good.

This may not be her intention, it could just be art for art’s sake. But art about romanticized abuse has more to it than just the aesthetic. Think of the way this relationship is portrayed in “Off to the Races.”

“Light of my life, fire of my loins /

Again, there is such a thing as art for art’s sake. She’s telling a story, really, and the allusions to Lolita are being used to paint a whole picture. The language here is the language of the story, an older man infantilizing and keeping in line his young, beautiful love. The beautiful girl going along with it in the name of true, ride-or-die love. Still, what exactly is going on here?

Glamorizing the normally unpretty aspects of life is a frequent theme of this album. The title Born to Die implies that life is short and we should be able to do what we want. Putting harsh stories in a romanticized light could be seen as only storytelling; Music doesn’t have to have a moral to it.

She is amazing at creating a world that is part fantasy and part reality. Reality being the fact that she pulls from real aesthetics of Americana and literature. The fantasy being that those aesthetics are actually a good thing.

It’s easy to see something as problematic in hindsight, but that doesn’t mean this album is something that should be written off and criticized for encouraging bad behavior. Maybe its themes didn’t age well as society moves on to a place of more awareness about abuse and power imbalances in relationships. Maybe it doesn’t fit into a world without the vibe of grunge and romanticizing sadness that was going around on Tumblr 10 years ago.

However, it still can’t just be ignored as a product of its time.

And, a lot of things changed on that fateful day in May 2020.

On the May 2121 of that month, she released a long, stream-of-consciousness post on her Instagram. The “Question for the Culture” post asked the world why she was the only woman in music who was criticized for doing what she wants. She asked why other women were constantly coming down on her throughout her career, even though she said they all sing about the same things: “being sexy, wearing no clothes, f—ing, cheating, etc.”

She can claim with this album to be in the counter culture, especially if they’re taken in the era of the nostalgia she’s pulling from — her enviable sexual freedom in songs like “Off to the Races.” She also writes in her post, implying how fed up she is with this scrutiny: “News flash! That’s just how it is for many women.”

Through the lens of the “Question for the Culture” post, Lana’s sexuality is brought into question by both herself and by everyone criticizing the post. In the terms of Born to Die, it’s hard to be pulled into the fantasy with the issues of Lana’s real world views of women’s sexuality, feminism, abuse and romanticization. It questions how much is fantasy and how much is a dangerous, problematic reality.

Women’s sexuality has been a minefield for practically forever. This in no way means that Lana should or should not have expressed so much sexuality in her music, nor does it mean that there is a right or wrong way for women to express themselves. Saying a woman can only be sexual in a certain way kind of brings us back to square one as far as women’s sexual liberation.

Still, it’s pretty impossible to agree with anything she wrote in that post. She claims that she is being unfairly criticized by the music industry, and that she doesn’t get the credit for being one of the first women to “stop putting on a happy face and be able to say whatever the hell they wanted to in their music.”

There is misogyny in people’s criticisms of her, as with any woman on earth when we do anything. However, it is impossible to ignore the fact that many of the women she cited in the beginning of her post — the ones who are supposedly free from criticism — are women of color.

It makes her privilege painfully obvious. It is odd that Lana could claim these other women are free from criticism. Even though it didn’t release until after she posted this, just think about the absolute hellfire of criticism when “WAP” was released by two of the women she directly cited in her post. It would take too much time to list out every single song a woman has been criticized for.

In the post Lana also says she is not a feminist because she says there isn’t a place for her in the movement. She said she is too delicate. Besides the fact that it’s a pretty outdated view of what being a feminist is, it also reminiscent of the world that Born to Die came up in, the world of girls on Tumblr claiming they weren’t like other girls.

It’s as if she’s stuck in the era of her rise. 2012 was still in the era of post-feminism at the turn of the 21st century, believing that feminism is over, feminism is for man-hating aggressive women: the exact opposite of her loving, floral, soft grunge style.

In the universe that Lana has created — the one memorializing the culture of mid-century, upper-middle-class white life — it doesn’t fit. Still, the whole point of feminism is that all kinds of women can be one, especially in a more aware, intersectional, post #MeToo world. Through the lens of the “Question for the Culture” post, through the lens of the glamor or Born to Die, this narrow view is concerning.

Which brings up the question if Born to Die can hold up a decade later.

Even if Lana Del Rey pioneered women’s freedom in music — and with as much emphasis as possible, she didn’t — her first album still brings up some controversy. She claims she is not romanticizing abuse in her music. She may not be, she writes in the post that she is “A glamorous person singing about the realities of what we are now seeing are very prevalent emotionally abusive relationships all around the world.”

Even so, the reality in Born to Die, in “Off to the Races,” “Blue Jeans,” “Carmen,” what is it? Where does reality end and romance begin? Did her young, sad Tumblr girl audience know where? Does Lana herself know the difference between the two?

Born to Die was with no doubt an amazingly influential album of the 2010s; a cultural reset, a fascinating chapter of music history. In the decade since its release, it seems more like a case study than an album that will go down in history. With its complicated messages, its dangerously romanticized aesthetic, and Lana’s slight inability to adapt to the times, the album is something that may not find itself having the influence it did 10 years ago. However, the impact that it had on early 2010s culture cannot be forgotten. That impact paired with its overall uniqueness — the old Hollywood glamor, the broken girls, the bad boys, living on the edge and even mortality — makes it something that will always be remembered. Whether for the nostalgia of the era it romanticizes as well as the nostalgia for 2012 culture, for its interestingly crafted lyrics and detailed aesthetic, or for its infamy, Born to Die has found its place in our culture even though it’s not very clear what it is yet. Maybe with more time we’ll know.