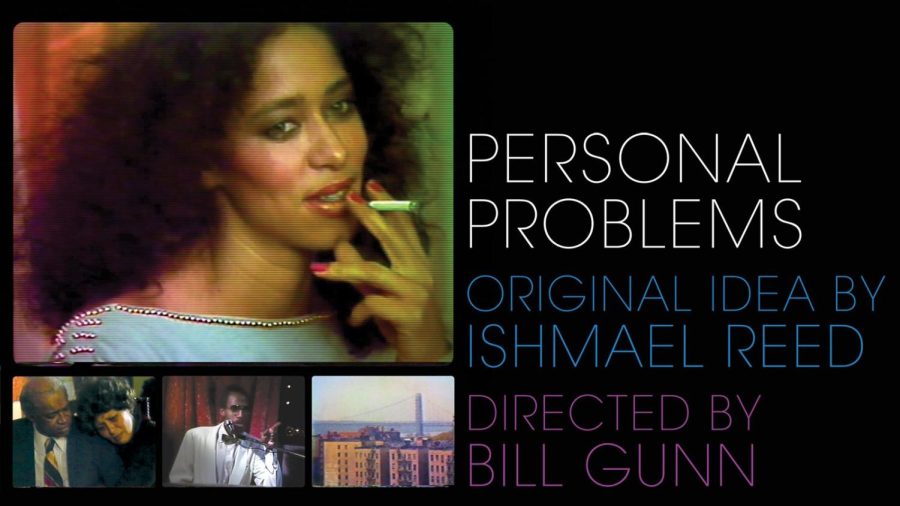 “I hope you never say goodbye /

I hope you always say hello /

I hope this day will never end /

I hope you never go away.”

The most beautiful song I have ever heard in my life used to be nearly impossible to find. It had been hiding in the past in a few small screenings of Bill Gunn’s 1980 soap opera film Personal Problems. Until a late-2000s screening at the Brooklyn Academy of Music, many considered Personal Problems a lost film, but some had remembered its VCR grain, its quiet, ghost-like movements, its entrancing music. Leaping out from its pocket in time — from tiny, smoke-clouded theaters and the memories of a few thousand viewers — it managed to secure a restoration by Kino Lorber and was re-released in 2018.

Personal Problems is a deeply intimate film, one that has gained a reputation among audiences as being almost too close to real life. It doesn’t stretch to be flashy or romantic in style, and for that it is beautiful. It specifically broadcasts the experience of African Americans in late ‘70s/early ‘80s New York City and Black life in general, but in these faces, these conversations, these musical notes, the whole world sees themselves. What is portrayed is daily life and all that comes with it: it is mundane, yet magical — typical, yet strangely affecting. For most, it is to watch oneself on screen.

What stuck with me most since I first watched Personal Problems early in the summer of 2019 is Sam Waymon, who portrays Raymon in the film. Raymon, a skilled pianist and vocalist, performs many songs throughout the film. In one of the film’s most emotional moments, he plays the tender “Down On Me” on piano in front of the film’s main character, Johnnie, who is portrayed by actress Vertamae Smart-Grosvenor. This scene and song resounded so vividly within me that immediately after the film I searched all over the internet to find the song in its entirety. Its only location was in the one-and-a-half-minute YouTube trailer for the film’s re-release. This was only about half of the song.

But these recordings weren’t on the site in 2019. At the time, all I could find was the shortened version of the song in the trailer, so I restarted Personal Problems and recorded the entire song on my phone. Thus, the summer of 2019 was spent with a three-and-a-half-minute recording of my television — days and days and days of lying on the floor and in the grass, rough carpet and sharp blades tickling my neck. Only now, as I look back, can I understand just what that recording of “Down On Me” meant. The air felt different back then — I swear it — when my half-dead earbuds would brush uncomfortably against my arm as I walked anywhere in the night.

Under the sun and moon alike, Sam Waymon’s gentle voice was almost always there. There was nothing for me to worry about. Nothing but what I would pack for lunch when I went to work in the morning, what my driveway’s crumbling asphalt was doing to my old basketball shoes, what movie I would watch the next day, what joke I could make to have my friends laughing on those many nights when we were up much too late.

And then fall came. As warm weather died, so did my phone. I had foolishly neglected to back up any of my camera roll, so I lost the video of my television and years more of random photos and videos that would surely mean something important if I had them in my hand today. When I lost these things, I ended up forgetting about “Down On Me” just as Personal Problems had originally been forgotten. But now it’s back, as are some memories — memories surely captured in some of those lost photos and videos portraying a time and place that presently seem alien to me.

Now that “Down On Me” is back in my life, am I back where I was? No, I don’t think so. But summer is approaching, and with it will come warm winds and the birds.

My world will come crashing down on me /

But then my life would be lonely.”