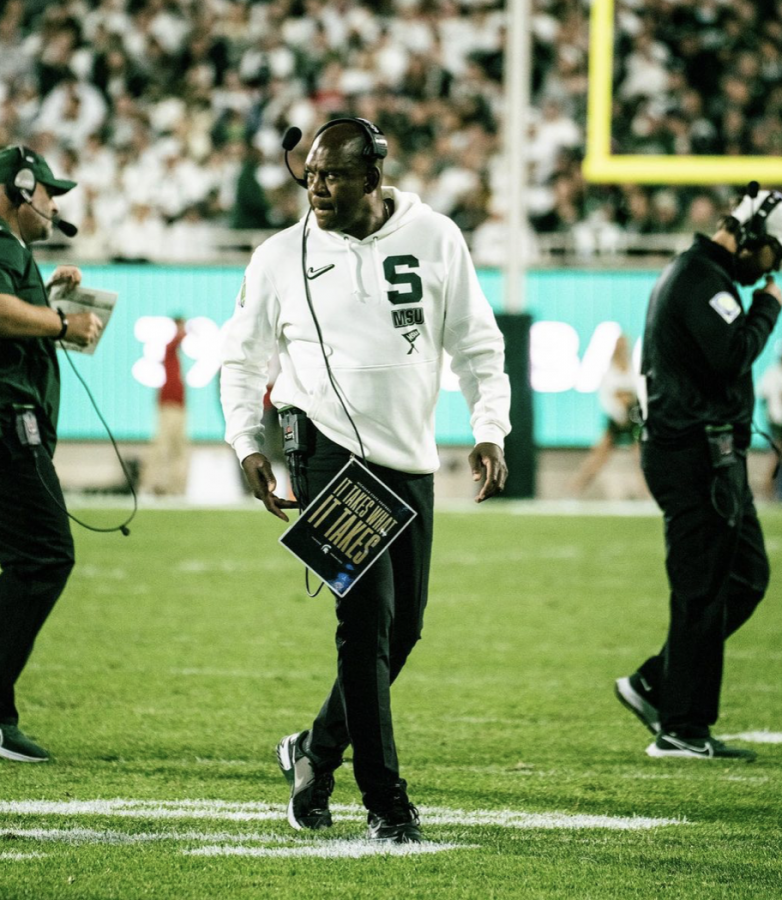 Slack, a 6-foot-3, 290-pound offensive lineman from Detroit, confirmed the announcement via Twitter. MSU offensive line coach Chris Kapilovic handled the majority of his recruitment process over the past several months.

Slack was one of 31 recruits to visit campus over the weekend of Jan. 29 when Michigan State hosted recruits for their second junior day, dubbed “The Spartan Odyssey.” MSU hosted 14 four-star recruits across football and men’s basketball as well as six three-star recruits, eight unranked prospects and one preferred walk-on target.

Slack currently plays high school football at Detroit Martin Luther King where he is currently the teammate of five-star quarterback Dante Moore. Moore has visited MSU five times and is a top-10 player nationally in the class of 2023, according to 247Sports.

Slack is currently rated as a high three-star prospect by 247Sports; he is ranked as the No. 380 player in the 2023 recruiting class. Slack is also ranked as the No. 24 interior offensive lineman and the No. 9 player from Michigan.

With the addition of Slack, MSU’s 2023 recruiting class is rated as the No. 14 best in the country by 247Sports.