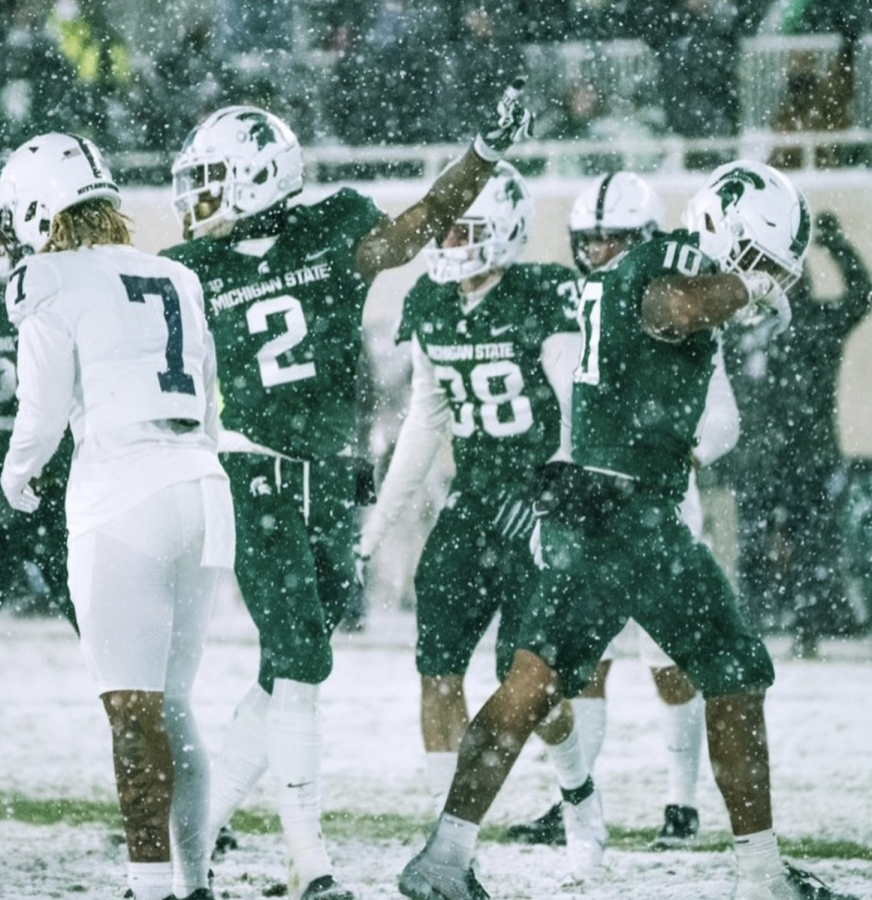 EAST LANSING, Mich—Michigan State’s defense bolstered its linebacking corps today when freshman linebacker Ma’a Gaoteote withdrew his name from the NCAA transfer portal. Gaoteote originally entered his name in the transfer portal on Jan. 19 before withdrawing from it on Tuesday afternoon.

Gaoteote, the Spartans’ only four-star recruit in the 2021 class, was the No. 161 ranked recruit in the nation, according to 247Sports. He was also ranked as No. 20 linebacker in the class while being ranked the No. 2 player from the state of Nevada.

He also played for St. John Bosco (Bellflower, California) his junior year before returning to Las Vegas and playing for Bishop Gorman his senior year. During his time at St. John Bosco, he was the teammate of current MSU four-star quarterback Katin Houser.

During his freshman season at MSU, he appeared in nine games while registering seven tackles to go along with a forced fumble. In total, he appeared in 65 snaps on defense and 46 on special teams.