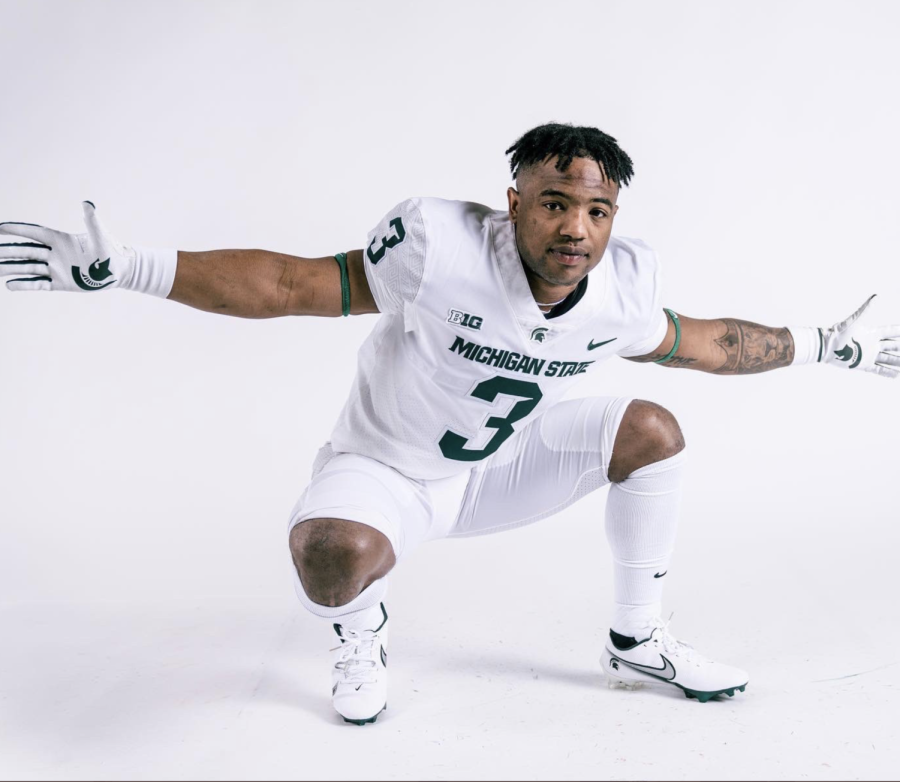 EAST LANSING, Mich—Michigan State has added to their running back room through the transfer portal again, landing a commitment from former Colorado running back Jarek Broussard. He confirmed the announcement on his Twitter account Sunday afternoon after choosing MSU over Oregon. Broussard, the 2020 Pac-12 Offensive Player of the Year, will join Wisconsin transfer Jalen Berger in the backfield for the Spartans next season.

Broussard, a 5-foot-9, 185-pound running back from Dallas, played his high school ball at Bishop Lynch High School, where he was rated as a three-star recruit by 247Sports. He was ranked as the No. 1143 overall recruit in the country. He tore his ACL his senior year of high school.

Broussard held offers from schools such as TCU, Houston, and Illinois, but ultimately committed to Colorado in June of 2017 as part of the 2018 recruiting class. He redshirted his freshman year and only dressed for two games against UCLA and Washington State. In 2019, he suffered a torn ACL and missed the entire season.

In 2020, Broussard was named First-Team All Pac-12 after rushing for 895 yards and five touchdowns. He also caught nine passes for 65 yards. Those 895 rushing yards were the best mark of any running back in the Power Five and the third-best mark nationally.

Broussard announced his intentions to enter the transfer portal on Jan. 13. He visited East Lansing on Jan. 29 for the Spartans’ basketball game against Michigan, as part of Mel Tuckers’ “Spartan Odyssey” weekend. He is now the sixth player to transfer to play for head coach Mel Tucker; Broussard joins a running back room that features Berger, Elijah Collins, Jordon Simmons, and Harold Joiner.

He will also have two years of eligibility remaining.