Previewing No. 15 MSU gymnastics at No. 1 Michigan 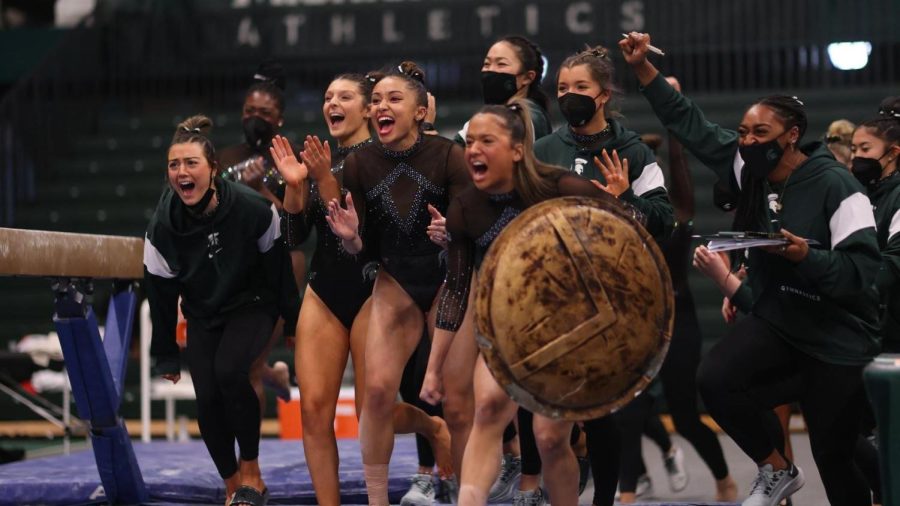 EAST LANSING, Mich. — The Michigan State women’s gymnastics team is getting set to travel to Ann Arbor for its meet against the Wolverines this Sunday at 2 p.m.

The Wolverines are the reigning NCAA Division I gymnastics champions and are still ranked No. 1 in the country. The matchup will be a huge test for the Spartans, who are ranked at  No. 15.

The Spartans are coming off of a tough loss against No. 17 Iowa with a final score of 196.475 to 196.350. MSU saw a lot of positives from the meet, though, including freshman Gabrielle Stephen’s almost perfect vault with a score of 9.950. Stephen has also been named Big Ten Freshman of the Week once this season.

The last time the Wolverines hit the mat was at No. 7 Minnesota, where they became the first team in the nation to break past the 198-point barrier with a win of 198.025 to 197.650. Junior Sierra Brooks placed third in the all-around competition with a final score of 39.700. On the vault, sophomore Naomi Morrison took second with a score of 9.975. Brooks also took home the beam title with a score of 9.950. On the floor, junior Gabby Wilson, Morrison and Brooks scored career-bests of 9.950. Freshman Jacey Vore stepped up and was able to post a score of 9.900 on the uneven bars.