Patel: This weekend’s “Spartan Odyssey” recruiting campaign could determine the future course of the 2023 class and beyond 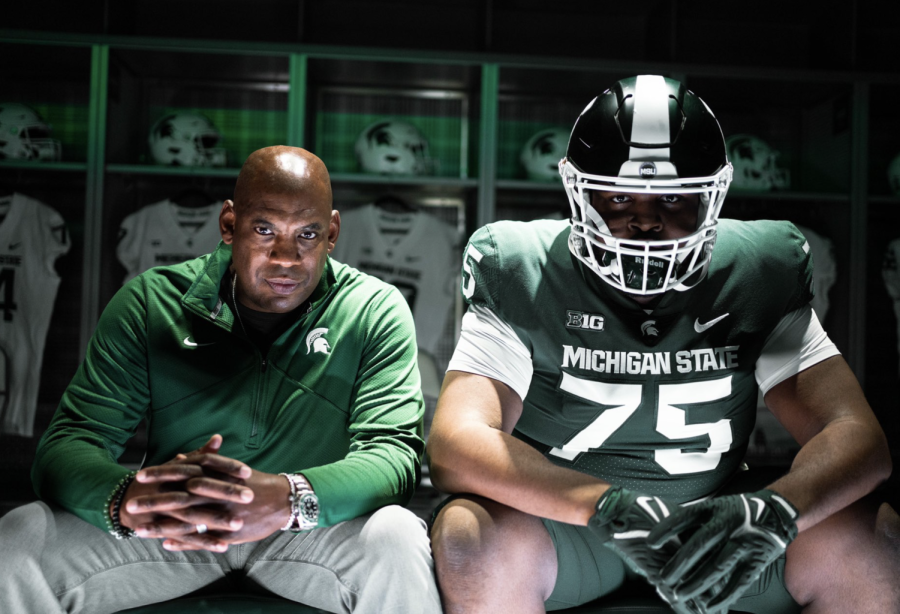 EAST LANSING, Mich – The 2022 class is nearly wrapped up.

Barring a last-second addition, Michigan State will head into the 2022 season with 23 new freshmen on scholarship, six of whom are four stars. For Mel Tucker, however, January and February is when the emphasis on recruiting every part of the country comes to fruition.

Proof of the recent program emphasis on recruiting coast-to-coast should be quite evident this weekend when Michigan State hosts over 20 prospective recruits for football and basketball for the Junior Day that is dubbed as “The Spartan Odyssey”.

Five-star  quarterback Dante Moore visited Michigan State Thursday, stopping by for his fifth unofficial visit on campus before traveling out west for recruiting visits. Moore is currently the No. 8 ranked player in the class of 2023 and the No. 1 ranked player from Michigan. MSU is considered a front-runner for the quarterback’s commitment along with Notre Dame, Penn State, and Michigan.

Michigan State has already held one junior day this year over the weekend of Jan. 13 when “Dawg Day” hosted eight recruits, including 2023 four-star Texas running back Kedrick Reescano, who committed to MSU on Jan. 14.

Since the inaugural “Dawg Day”, Michigan State has offered over 25 players in upcoming recruiting cycles to go along with adding defensive ends coach Brandon Jordan. His resume includes working with over 195 active NFL defensive linemen and over 25 top offensive and defensive line recruits in the 2023 and 2024 recruiting classes.

While “Dawg Day” yielded a promising turnout of prospective recruits, “The Spartan Odyssey” has the distinct potential to become a marquee recruiting event for years to come. With the increased number of recruits, transfers and early enrollees on campus, combined with the Michigan vs. Michigan State basketball game, it’s entirely possible that the Spartans could walk away with several more four-star recruits  for the class of 2023.

Of MSU’s Top 100 recruits since 2000, 15 have become Spartans during Mel Tucker’s time on campus. Former head coach Mark Dantonio’s departure hindered the new coaching staffs’ ability to recruit in the 2020 and 2021 classes due to a coaching staff turnover. This led to the classes being ranked nationally at No. 44 and No. 46, respectively.

Tucker’s first full recruiting cycle has yielded encouraging signs for the future; the 2022 recruiting class is currently ranked No. 19 in the nation and fourth amongst teams in the Big Ten, coming in behind annual recruiting powerhouses Ohio State (No. 4), Penn State (No. 6), and Michigan (No. 8).

While the momentum on the recruiting trail needs to be maintained for Tucker going forward, the fact that he managed to land six four-stars in the 2022 class, four of whom are from Michigan, raise the stakes of this weekend’s “Spartans Odyssey” that much more. Simply put, sending out offers to a bunch of four and five stars doesn’t move the goalposts significantly; landing several of them in a class does.