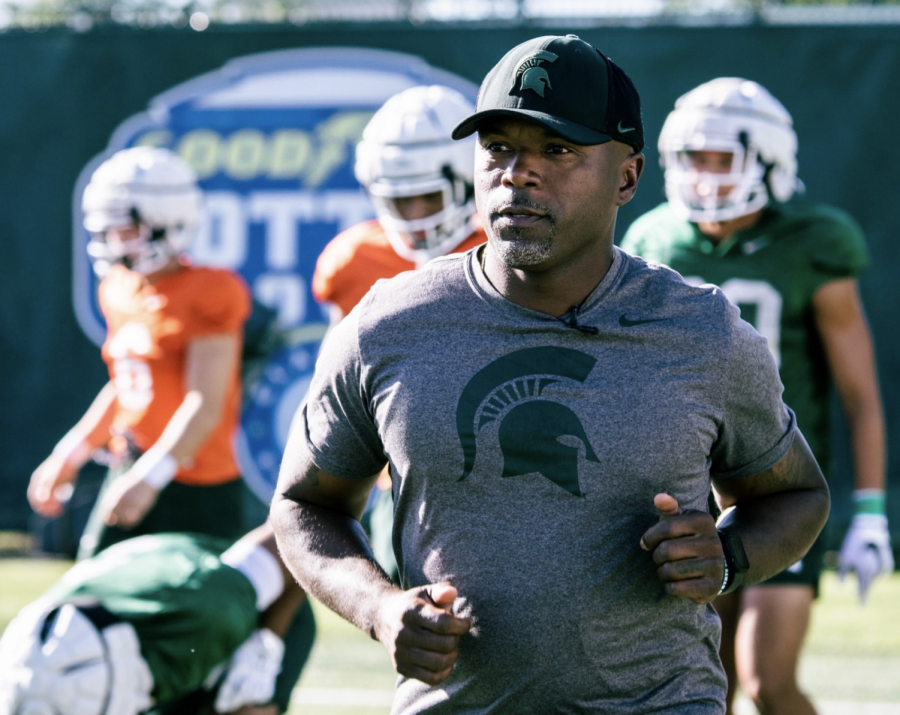 I am extremely blessed and excited to announce that I will be furthering my academic and athletic career at Michigan State University as a PWO!💚🤍 Thank you for this opportunity @CoachHawk_5 @JayJohnsonFB #GoGreen #SpartanDawg pic.twitter.com/YkWlqMCeuN

Watters, an unranked recruit from Lansing Catholic High School, announced his commitment via Twitter Wednesday evening. He was featured in a starring role for the Cougars as a senior, racking up 891 yards on 53 receptions to go along with 13 receiving touchdowns. Lansing Catholic and head coach Jim Ahern also utilized Watters’ skill set in the ground game where he racked up 203 yards and five touchdown rushes on 35 attempts.

During the 2019 season, Watters was named as a first-team All-State selection in three of four area polls while helping the Cougars win the Division 6 state title over Almont. In 2019, Watters recorded over 1,100 yards as a sophomore to go along with 19 touchdowns, four of them coming on the ground. In the 31-17 title win over Almont, he recorded five catches for 107 yards.

He also helped lead the Cougars to a 2021 state championship victory over Michigan Collegiate 16-6 on Nov. 26; he was later named as an All-State selection for the third time. Overall, Watters had 76 catches for 1,163 yards and 17 touchdowns as a senior, including seven rushing scores, to go along with three interceptions as a safety.

Watters received offers from Ottawa University (Kansas) and Michigan Tech before the Spartans offered him as a preferred walk-on. He becomes the sixth preferred walk-on, and first receiver/safety, to commit to MSU alongside Florida punter Ryan Eckley and Michigan offensive linemen Devin Runnels, Ben Nelson, Jake Merritt and Andy Hartman.