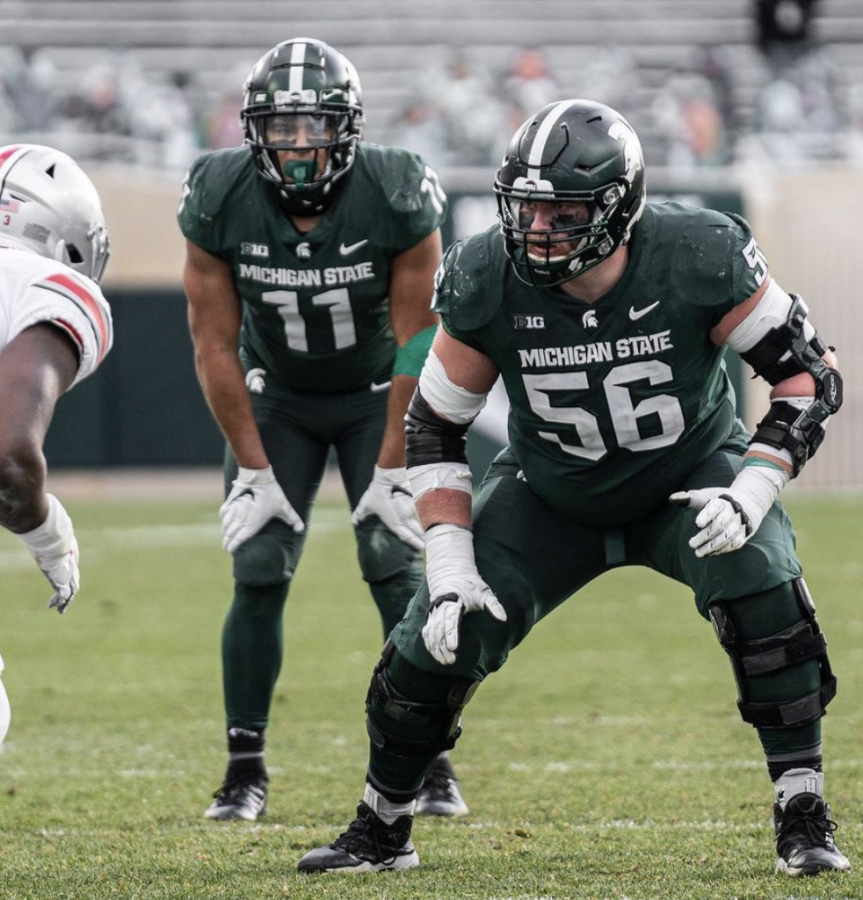 Excited to get back to work this off-season. Cant wait to be back better than ever this fall. @MSU_Football pic.twitter.com/tufwyGpifw

One key contributor, however, will be returning. Redshirt senior guard Matt Carrick announced that he would be returning for his final season of eligibility after missing the final six games of the 2021 season due to injury.

With the return of Carrick, the Spartans will be retaining a veteran interior player with 18 career starts in 38 career game appearances. That number of starts at MSU is second on the offensive line behind fellow guard JD Duplain.

As a recruit in 2017, Carrick was rated as a three-star by 247Sports and the No. 33 overall recruit in Ohio as well as the No. 41 overall offensive guard prospect within the 2017 class. MSU and Iowa State were the only Power Five offers that he received; Ohio, Miami (Ohio), and Akron also offered him.

Carrick redshirted in 2017 before appearing in 11 games in 2018 as a special teams contributor. Overall, he played 45 snaps at guard and saw action on offense against Maryland, Nebraska and Rutgers.

He was entrusted with a bigger role as a redshirt sophomore, playing in all 13 games for the Spartan, and starting 11 games at right guard. He played in a total of 714 snaps, second most amongst Spartan offensive lineman. Carrick started all seven games at right guard during the COVID-shortened 2020 season, playing 445 of a possible 498 snaps.

Carrick began the 2021 season as a key reserve who rotated in consistently behind Kevin Jarvis and Jarrett Horst before suffering a season-ending injury and missing the final six games of the year. Alongside Carrick, the Spartans will have returning starters Jarrett Horst and JD Duplain returning, as well as rotational center Nick Samac and offensive tackle Sencer Brown. Brown started his first career game in the 2021 Peach Bowl; Samac has 10 career starts in 27 overall appearances.