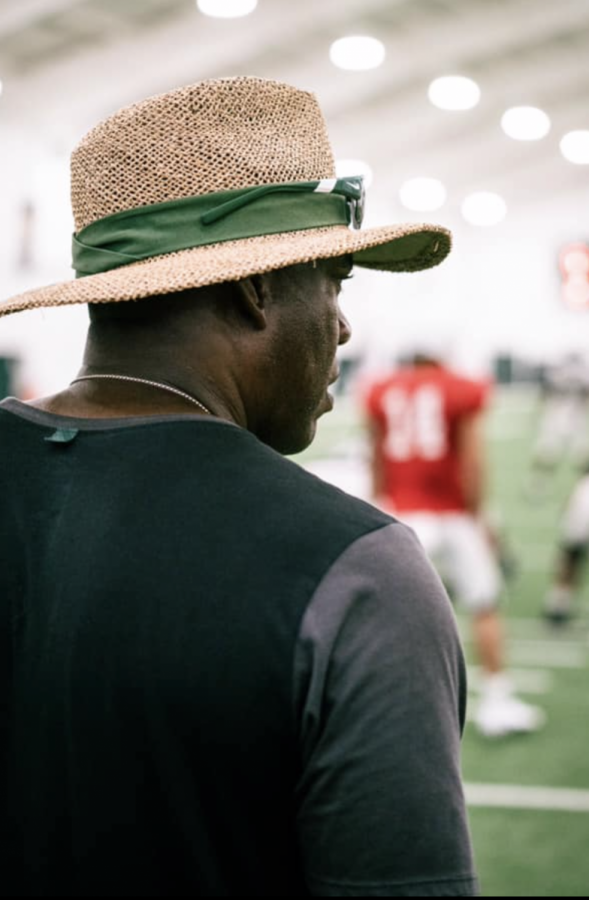 EAST LANSING, Mich—Michigan State football picked up their second recruit of the 2023 class today on Monday afternoon as four-star running back Kedrick Reescano announced his commitment to MSU.

He was one of nine recruits to visit East Lansing this past weekend as part of one of the two junior days the program hosts. The event, dubbed “Dawg Day,” hosted five four-stars, one three-star and three unranked recruits. Of the nine total prospects, four are from Michigan, three are from Texas, and one each is from Missouri and California.

Reescano currently plays football at New Caney High School, where he started at running back and linebacker as a sophomore and junior. He also competes in track and field as a high jumper.

During the 2020 season, he rushed the ball 152 times for 1,157 yards and 14 touchdowns (as well as a receiving score). In 2021, he improved upon those numbers with 1,542 rushing yards and 22 touchdowns. He also registered 333 receiving yards to go along with three touchdown catches.

Reescano is rated as a four-star prospect by 247Sports and is currently ranked as the No. 219 player in the country for the class of 2023. The site also rates him as the No. 13 running back in the country and the No. 39 prospect in Texas.

He is the second commit of the 2023 class after four-star tight end Brennan Parachek. Parachek, who committed to MSU on Sept. 28, currently plays for Dexter High School in Washtenaw County.