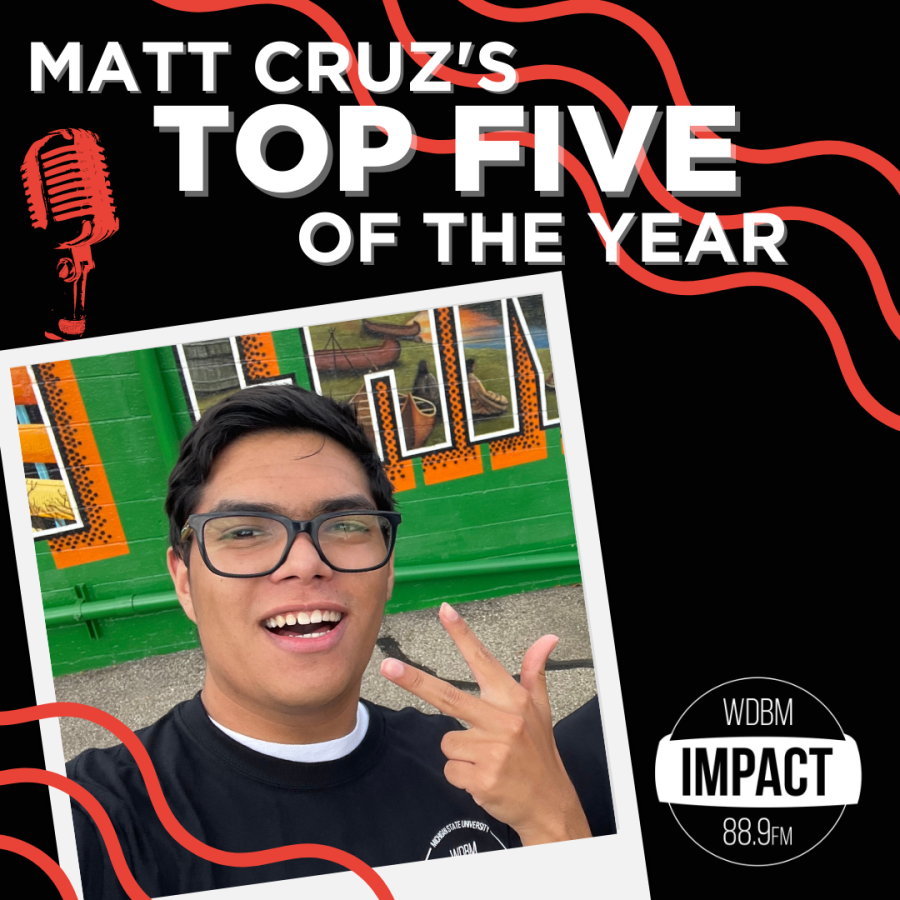 As we wrap up the year, we’re sharing some of our staff members’ favorite albums of the year. Here’s Matt Cruz’s list.

5. Injury Reserve – By The Time I Get To Phoenix

By The Time I Get To Phoenix is the most recent Injury Reserve record, and is notably the last recorded material of the late Stepa J. Groggs. Swerving between the aftermath of Groggs Death, and the emotional content Groggs contributed prior to his death, the album is a bleak and depressing slideshow through the suffering of the remaining members, Parker Corey and Ritchie With a T. The dark, dissonant and avant production creates a suffocating soundscape that seems to extinguish all color in its ecosystem, leaving only a void. Despite its rather monochromatic and empty palette, By The Time I Get To Phoenix showcases hope, pain, depression, and failure in a visceral yet beautiful display that is as grotesque as it is inspiring to listen to.

LP! Is an exceptional culmination of JPEGMAFIA’s forward thinking production, razor sharp wit, and explosive delivery that might be is his most refined work to date.

All of my friends at the station and who really know me will find my adoration of Wolfgang Voigt’s GAS project as no surprise. Beyond my writing about his work for the station, I have listened and have been entranced by his incandescent forestscape for more than 5 years. Unlike his previous albums, Der Lange Marsch is not a wholly original album. Instead, it exists as is a patchwork quilt that serves to integrate and recontectualize Melodies and motifs throughout GAS’ previous albums and EPs. Sampling material from Rausch, Narkopop, Königsforst, Zauberberg, Pop, and even Oktember — a GAS diehard like me reveled in the reintroduction of passages I’ve been well acquainted with for years. It’s a powerful and kaleidoscopic retrospective on the previous albums in his discography. and despite its structure being defined by existing works, Voigt warps them into an entirely new journey through his familiar forest

Sometimes I Might Be Introvert is one of the most lush and dynamic hip hop records that has ever been made. While Little Simz had proven the hype of her previous projects to be solidified with the excellent Grey Area, Sometime I Might Be Introvert bests that record in almost every way. The colorful production and delivery allow the listener to gain insight into how Simz struggles with being a woman, fame, and the hip hop zeitgeist at large. It’s a passionate, triumphant, showstopping record that showcases Simbi in peak form with some of her best writing yet. God is a woman, and she is a force to be reckoned with.

This album is very special to me. Aside from the fact that I release helped it, I think that it represents a dynamic new direction in DIY. The DIY/Emo scene at large is very insular and Amerocentric, and this album is a rejection of that notion. Each artist hails from outside the US, and many songs are sung in Portuguese or Korean —and while it may be conceptually esoteric, musically, it is as accessible as it is chimeric. Encompassing wildly different takes on shoegaze, emo, and rock at large — Downfall of the Neon Youth stands as an visionary thesis statement on the intersection of global sounds, the progression of DIY and the territory that can be traversed through embracing experimentalism, and each other.

You can listen to Matt’s entire Top 5 Albums of 2021 playlist below.