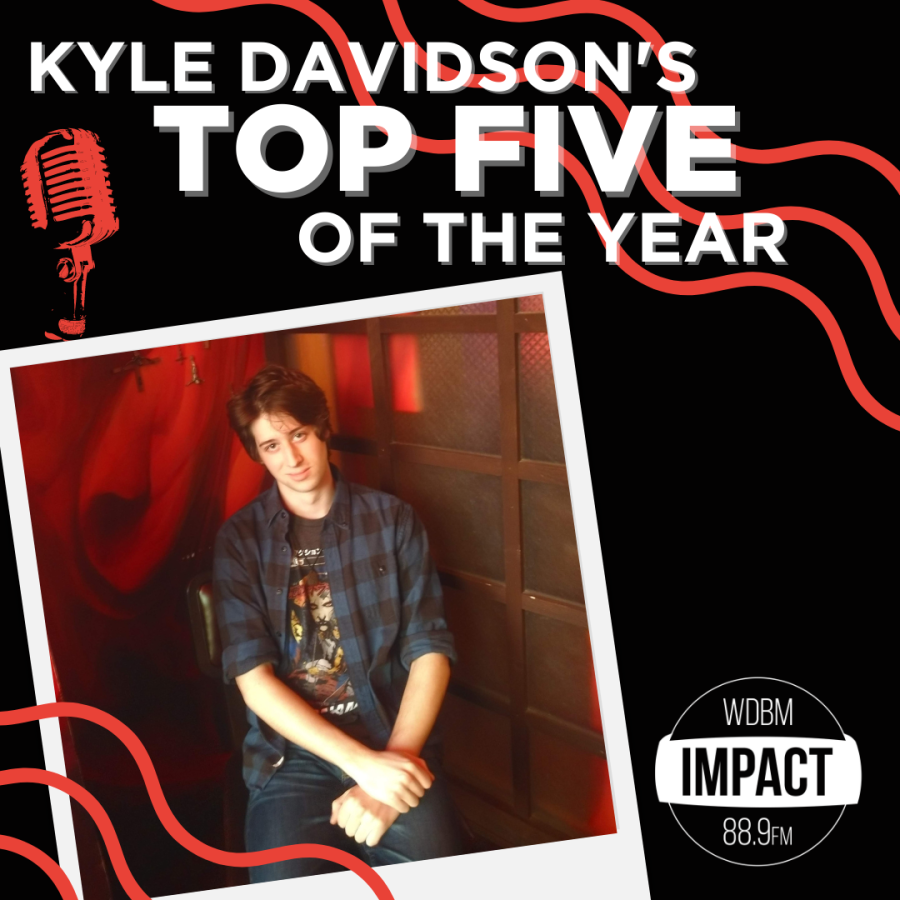 As we wrap up the year, we’re sharing some of our staff members’ favorite albums of the year. Here’s Kyle Davidson’s list.

Internet breath is a sugar rush, combining angsty emo tunes with upbeat bitpop. As someone who appreciates emotional angst, sugary pop music and video games, this EP was a home run for me.

In recent years I’ve had an increasingly conflicting relationship with blackgaze. While the fusion of black metal and shoegaze has long been one of my favorite genres, the genre was beginning to look more and more homogenous. I simply didn’t have the time to dig in and find the new influencers of the genre. When a friend sent me this album to check out, I was reminded of exactly what I loved about Blackgaze as a genre. This album is truly a fresh take on the genre that continues to build on the strong foundations laid by previous blackgaze pioneers.

While I’ve enjoyed everything Black Midi has put out thus far, this album felt like they had come into their own. The elements of free jazz incorporated into this album just make sense for the band. Cavalcade showcased a new side of Black Midi that I didn’t know I needed, and I’m even more excited to see what they’ll put out next.

Japanese Breakfast was one of the bands that defined my quarantine. I remember when “Be Sweet” was released I played it on repeat for days. When the album was released I did the same thing. Michelle Zauner’s celebration of joy injected a little bit of sunshine into all of my playlists and never failed to make me smile after a long day of work.

Pom Pom Squad has been one of my favorite bands for a few years now. After the release of their OW EP it’s been amazing to watch them grow. With the release of this album, I was finally able to out a name to some of the tracks I’d heard teased in live streams.

You can listen to Kyle’s entire Top 5 Albums of 2021 playlist below.