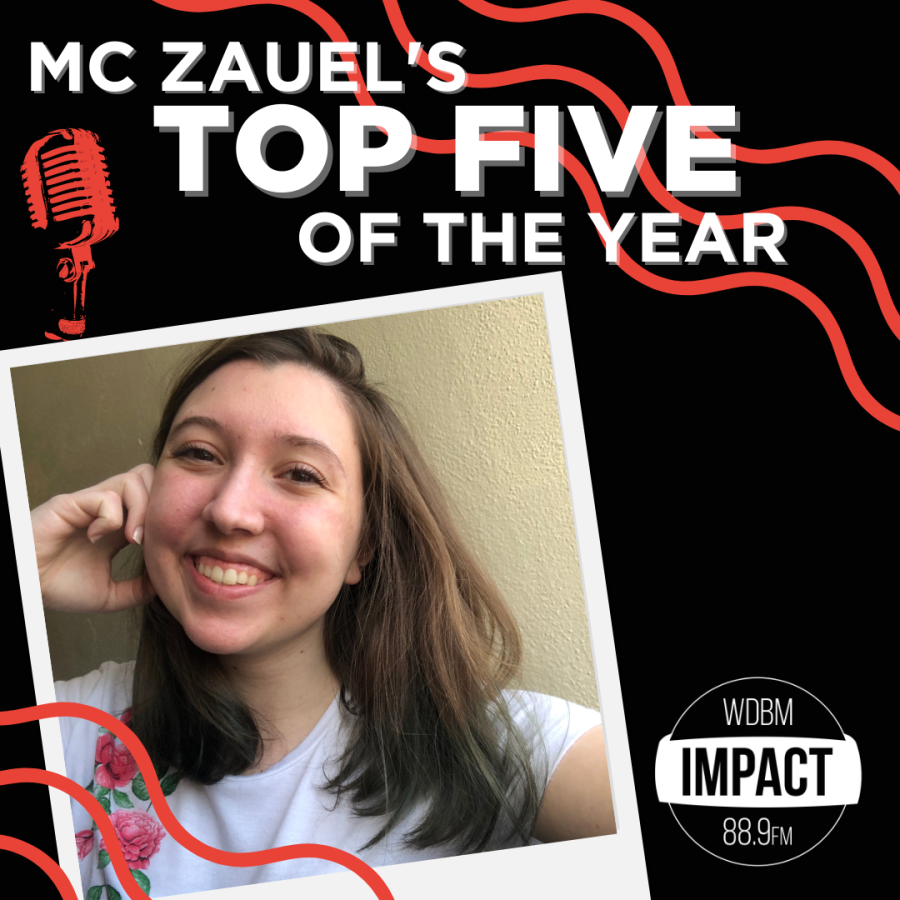 As we wrap up the year, we’re sharing some of our staff members’ favorite albums of the year. Here’s MC Zauel’s list.

While “sour” is not my favorite comprehensive album, there are some brilliant songs on here. Hits like “traitor,” “deja vu,” and “favorite crime” are perfect for curing any heartache (or wallowing in it for a few hours). Olivia Rodrigo weaves lyrical magic by detailing experiences so specific and yet painfully universal that the songs grab your heartstrings and never let go.

This album is a non-stop party. A lifelong Bruno Mars fan, I was hooked with Silk Sonic’s swoon-worthy summertime single “Leave the Door Open.” The album keeps me coming back with tracks like the eternal confidence booster “Fly As Me,” over-the-top yet vulnerable “Put On A Smile,” and the endlessly memeable “Smokin Out The Window.” Overall Mars and .Paak put out an album of endless good vibes and just plain fun.

3. Billie Eilish – Happier Than Ever

“Happier Than Ever” — end of story. The song is a masterpiece, with an energy akin to Bohemian Rhapsody and vengeful power that dominates the entire album. “Lost Cause” and “Oxytocin” are fun, low-stake tracks that showcase Eilish’s iconic voice and feisty personality–but it’s the titular track that makes this album stand out.

“Red” was never my favorite Taylor Swift album, but the re-recordings and vault songs redefine the album in a brand new way. Taylor Swift’s lyricism does not disappoint, and it’s astounding to hear what lyrics she cut in songs like “All Too Well (10 Minute Version)” and “Better Man.” Her voice showcases control and power that was lacking on the original record, and the album is a delectable autumn experience with imagery that hits home.

This album is perfection. It is the ultimate female badass record from start to finish, and showcases Halsey’s voice and sound in a brand new way. “The Tradition”, a blazing track 1, hooks you in with haunting lyrics and a chilling orchestral part. Single “I am not a woman, I’m a god” deserves the hype, and “Easier Than Lying” and “The Lighthouse” punch home with insane bass lines and biting narratives. Spectacular, cohesive, and with one of the coolest album titles in existence, “If I Can’t Have Love, I Want Power” deserves to be listed as one of the best albums of 2021.

You can listen to MC’s entire Top 5 Albums of 2021 playlist below.