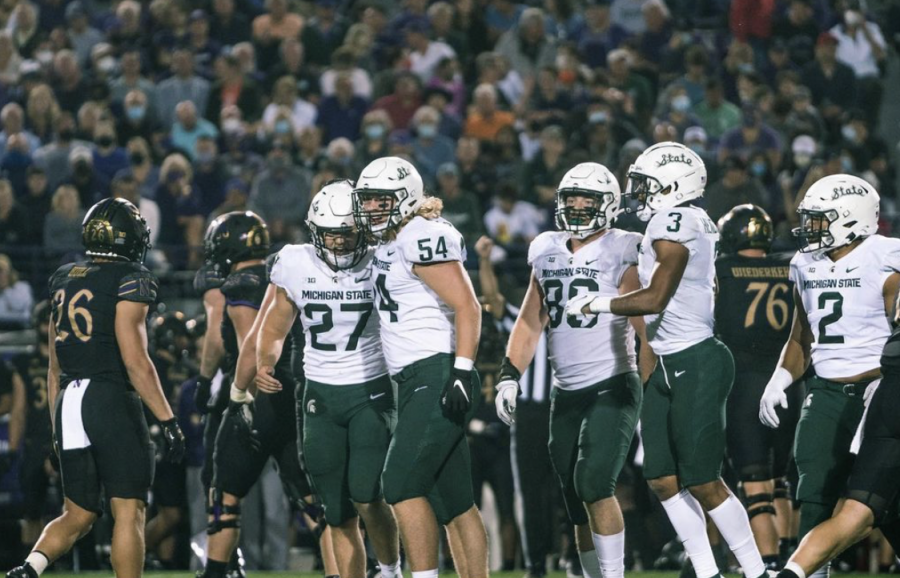 After entering the transfer portal on Jan. 1, King committed to Ball State on Monday afternoon. He is the fourth Spartan to head to another school via the portal since September.

King, who played football at New Palestine High School in Indiana, was a mid three-star recruit by 247Sports within the 2020 recruiting class. He was rated by the recruiting site as the No. 7 overall prospect in Indiana and the No. 45 overall strong side defensive end prospect.

He initially committed to MSU on June, 14, 2019 over other schools including Indiana, Purdue, Ball State and Tulane. A deep defensive tackle rotation that includes Jacob Slade, Maverick Hansen, Simeon Barrow, Dashaun Mallory, Jalen Hunt and others forced King towards the bottom of the depth chart.

In his one season at MSU, King appeared in eight games, including the Peach Bowl victory over No. 12 Pittsburgh. He also registered four tackles, one sack and one tackle for loss in 2021.