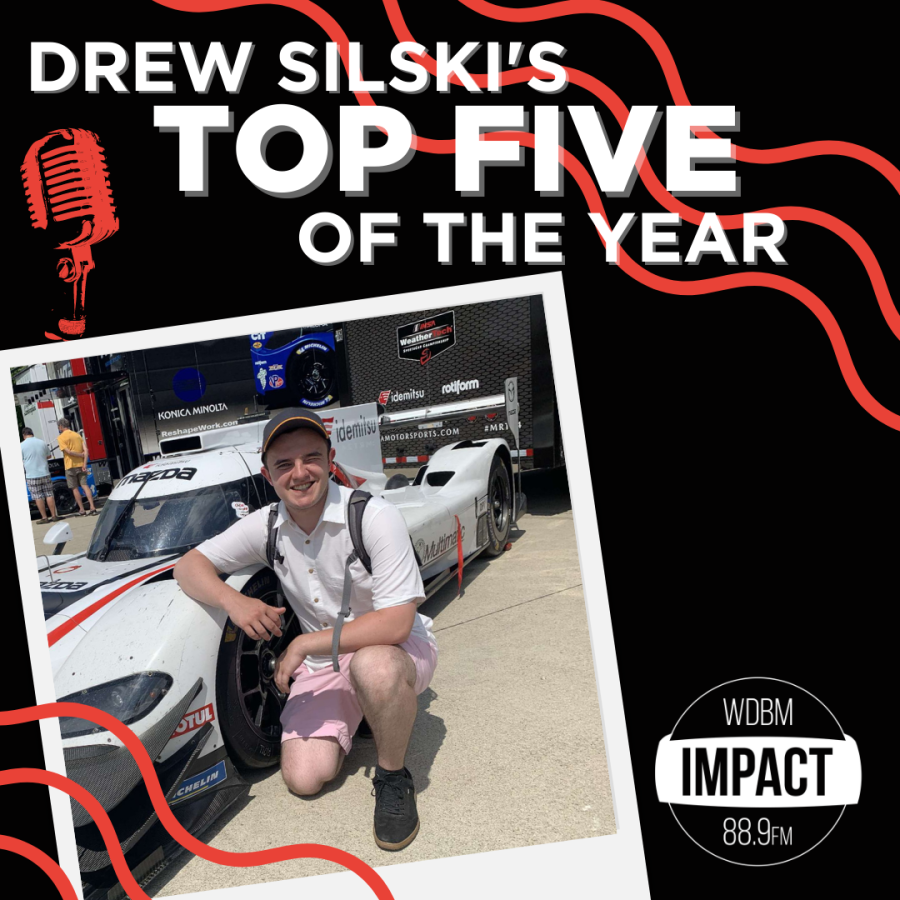 As we wrap up the year, we’re sharing some of our staff members’ favorite albums of the year. Here’s Drew Silski’s list.

This my ultimate summer turn up record. During the summer of ’21 I had this record playing constantly. Every track on this album either has you floating or up and dancing. Pi’erre has mastered his craft of beat making and continues to put out some of the best instrumentals in the hip hop industry. This record is packed full of memorable, catchy songs that are just plain enjoyable. “Retroville” has to be one of my favorite modern rap tracks. This album is just such a fat vibe its unbelievable.

This is legitimately one of the grooviest albums I’ve ever heard. This record blends jazz, funk, r&b, and hip-hop all together in a beautiful way. Every piece of this album just flows effortlessly. Every single feature is fantastic and the record is mixed beautifully. I don’t know what to even say other than that. It truly is just that good. “Mary’s World” has to be the greatest happy birthday song of all time. Whoever you are, listen to this album.

After a 9 year hiatus, vildhjarta returned with this absolute freight train of a record. This album is just balls to the wall as heavy as can be. Every track is just absolutely crushing. The rhythms are complex and are tied together extremely well. Ambient guitars and drones rain down over the steady complex rhythms of the drop tuned guitars and drums, creating a dark and cosmic soundscape. As a djent lover, this as good as it can get with the classic djent sound. This record sounds like if a neutron star could be made into a piece of music. Absolutely love it.

This album has a soundscape that I just love. This album is quite an anomaly because it is an ambient post-modern rock album that was made by a group that has historically made black metal records. This gives it such a unique sound as it carries a lot of similar chord progressions and ambience that black metal records posses. These parallels to black metal as well as having a slew of new sounds along with clean vocals makes this album something unique that works so well. The record also carries a decent amount of diversity between tracks, going from the melody heavy “Great Mass of Color” to the ambient droning of “Neptune Raining Diamonds”. This album is a gem and I am so glad I stumbled upon it in the Tidal “Recommended Albums” section. If you’re a fan of ambient rock in any regard, definitely give this record a listen.

Everything about this album is extremely powerful. The melodies, drum grooves, lyrics, and transitions all just hit you like a train. This is what modern metal/rock should be, using modern gear and mixing to create an overwhelmingly, powerful soundscape (in a good way of course). The melodies of the album are what make it shine. The vocals and layered guitars create an endless stream of melodies and harmonies that I do not usually hear in modern metal albums. I find myself picking out little details and background melodies each time I listen to any of the tracks. This a no skip album. I find it difficult to even explain how this album feels. I feel that this is one of the strongest and best metal/rock records that has come out in quite some time. It also has a very approachable sound compared to the majority of modern metal in terms of having mostly clean vocals and being absent of crazy poly-rhythms. If you have any interest in modern rock music or are already a die hard metal fan definitely give this album a listen, you will not be disappointed.

You can listen to Drew’s entire Top 5 Albums of 2021 playlist below.