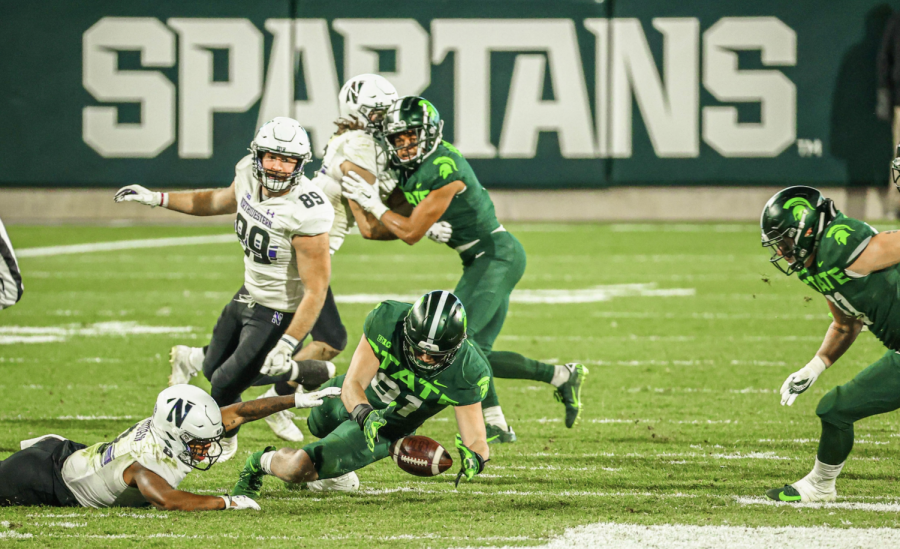 EAST LANSING, Mich—Michigan State redshirt senior defensive end Jack Camper has entered the transfer portal, he announced on his Twitter Sunday afternoon. He is the 10th player to enter his name into the portal since the end of the 2021 regular season.

I’ve decided to enter my name into the Transfer Portal with 2 years of eligibility left and continue my education elsewhere. Michigan State will always hold a special place in my heart. -Camper
•#GoGreen pic.twitter.com/DHsUQoQAYx

Camper, a 6-foot-6, 230-pound defensive end from Bradenton, Florida, committed to play for the Spartans on March 22, 2016 as part of the 2017 recruiting class. He originally committed as a tight end, but made the transition to the defensive side of the ball towards the end of his freshman season. Camper was ranked as the No. 760 overall player in his class by 247Sports.

He was also rated as a three-star recruit who was the No. 102 overall prospect in Florida within the 2017 recruiting class. Camper initially chose MSU over Georgia, Kentucky, Louisville, Nebraska, Purdue and UCF, among others.

Overall, Camper collected 29 tackles, 4.5 tackles for loss, one sack and one fumble recovery in 27 games during his time in East Lansing.

During his redshirt freshman season in 2018, he recorded three total tackles, including one tackle for loss, on the road against Arizona State on Sept. 18. He finished that season with nine total tackles and 2.5 tackles for loss, as well as half a sack. He recorded one tackle in 2019.

He recorded one tackle in 2021 against Youngstown State on Sept. 11 before suffering a season-ending triceps tear during practice in late September.

Camper becomes the second defensive lineman to enter the transfer portal in 2021, the other being freshman defensive end Alex Okelo, who was the Spartans’ first portal entry of the 2021 season. Camper will have two years of eligibility remaining.