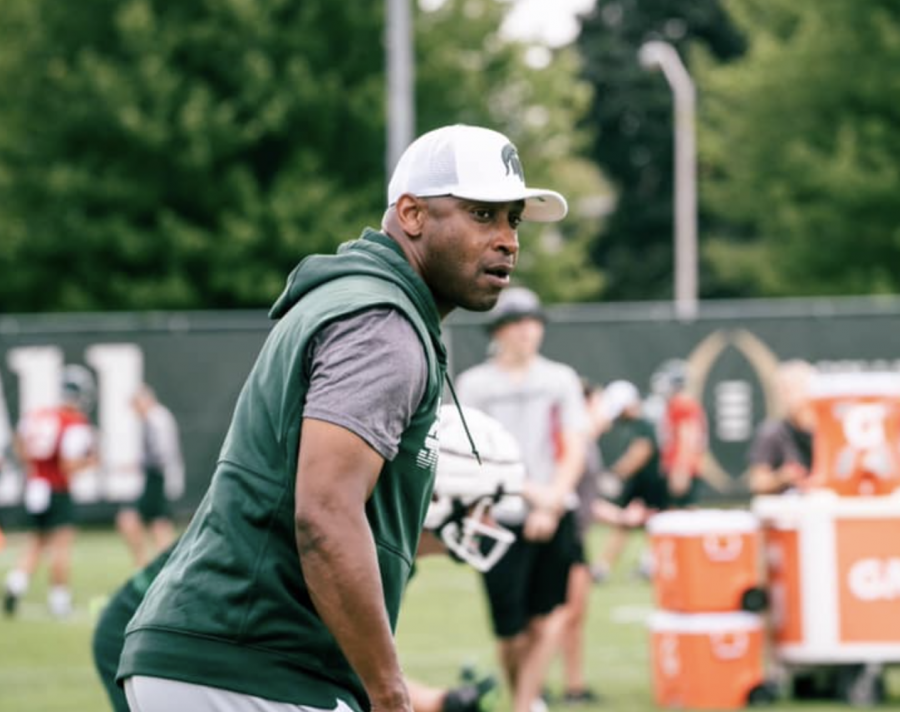 EAST LANSING, Mich—As the bowl season is set to begin in 10 days, the college coaching carousel is heating up.

On Tuesday afternoon, the Michigan State football coaching staff took a hit when the carousel resulted in cornerbacks coach Travares Tillman announcing that he would be returning to his alma mater, Georgia Tech, as the Yellow Jackets’ new defensive backs coach. Tillman was a senior defensive assistant for the Spartans last year before being promoted to defensive backs coach this season.

Effrem Reed, an offensive analyst for MSU, has also been hired as the running backs coach for Georgia Southern, according to multiple reports. Reed played running back at Louisiana from 2012-15 under current offensive coordinator Jay Johnson and was a defensive graduate assistant at Louisiana in 2019.

After playing for Georgia Tech from 1996-99 and being named as an All-ACC selection in 1998 and 1999, Tillman was drafted by the Buffalo Bills in the second round of the 2000 NFL Draft and spent parts of seven years in the league with the Bills, Houston Texans, Carolina Panthers and Miami Dolphins.

Once his on-field career ended in 2007, Tillman worked his way up the collegiate coaching ranks, starting off as a graduate assistant at Georgia in 2016 under Mel Tucker, the defensive coordinator for the Bulldogs at the time.

After spending two years at Georgia, he followed Tucker to Colorado where he was the defensive backs coach in 2019 before serving as a senior defensive assistant at MSU in 2020.