The Resurrection of the Scene Queen | “Bite Me” by Avril Lavigne 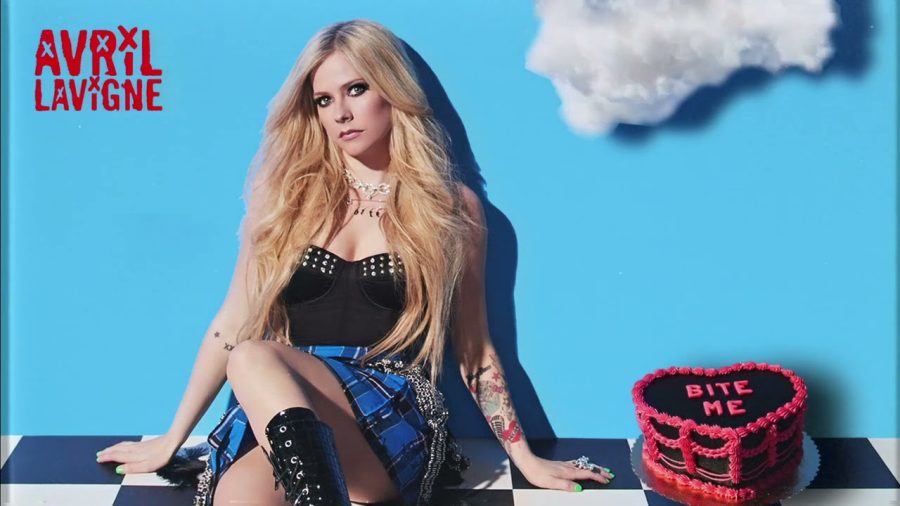 In collaboration with Blink-182 drummer — and Kardashian PDA-enthusiast — Travis Barker, skater punk-princess Avril Lavigne has graced our ears once again. Lavigne released a single with Mod Sun called “Flames” in January, but this is the first lead-artist single she’s released this year. After her catastrophically-bad music video for “Hello Kitty” in 2014, I pretty much stopped paying attention to her. “Bite Me” had the power to pull me back in. Lavigne’s return to her pop-punk roots coupled with her strong vocals makes me flash back to my emo days — in a good way.

Lavigne also worked with Fortnite skin/producer Marshmello and Addison Rae’s boyfriend Omer Fedi on this song. In an interview with Kevan Kenney, Lavigne says “Bite Me” is about self-empowerment after a breakup. The overall lyrics discuss themes of regret, anger and a tinge of revenge. In the relationship this song’s about, Lavigne sings about how she had a bad feeling from the start, but she was hopeful and gave her partner chances at redemption before calling it quits. The chorus lyrics “Should’ve held on, should’ve treated me right / I gave you one chance, you don’t get it twice,” echo this sentiment hard.

Lavigne’s lyrics reject the traditional breakup song themes of self-pity and longing. Instead she reaffirms that she’s too good for the subject of the song.

“Hey you, you should’ve known better, better to fuck with someone like me /

Hey you, forever and ever you’re gonna wish I was your wifey.”

Lavigne reminds us to know our worth in this power ballad. She knows her ex will miss her and uses that energy to keep herself moving forward. I recommend listening to this song while dancing around in your bedroom and singing into a hairbrush, like we all sang “Complicated” in our collective youth.