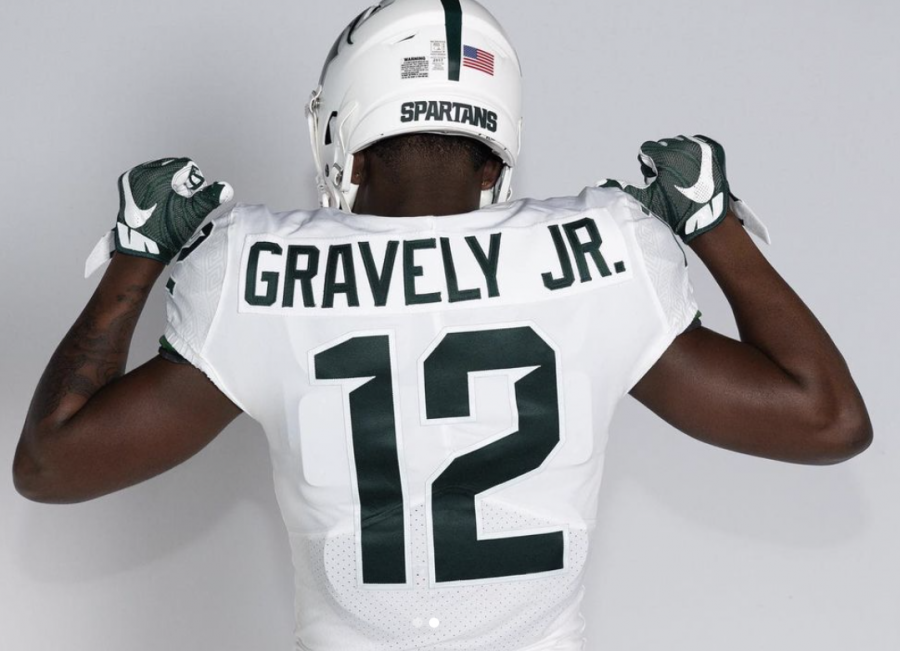 EAST LANSING, Mich—The revolving door that is the Michigan State secondary continued to take shape today with the announcement that freshman defensive back Michael Gravely Jr. would be entering his name in the transfer portal.

Gravely  Jr, a 6-foot-1, 210-pound defensive back from Cleveland, Ohio, was a first-team All-State selection during his time at Euclid High School. He didn’t appear in a game this season after joining the Spartans’ 2021 recruiting class in January.

Gravely Jr. was the No. 94 rated safety in the 2021 class, as well as the No. 46 player in Ohio, according to 247Sports. He committed to Michigan State after receiving 12 Division I offers, including from Cincinnati, Colorado, Pittsburgh, Wake Forest, Temple and West Virginia.

Including Gravely Jr., seven players have entered the transfer portal, with all but one of the players playing on the defensive side of the ball. Along with Gravely, the Spartan secondary has lost four players to the transfer portal in cornerback Kalon Gervin (Wisconsin) and graduate transfers Michael Dowell and Emmanuel Flowers.

Since announcing his intentions to enter the portal, Gravely has since been offered by Penn State, Toledo and Western Kentucky.