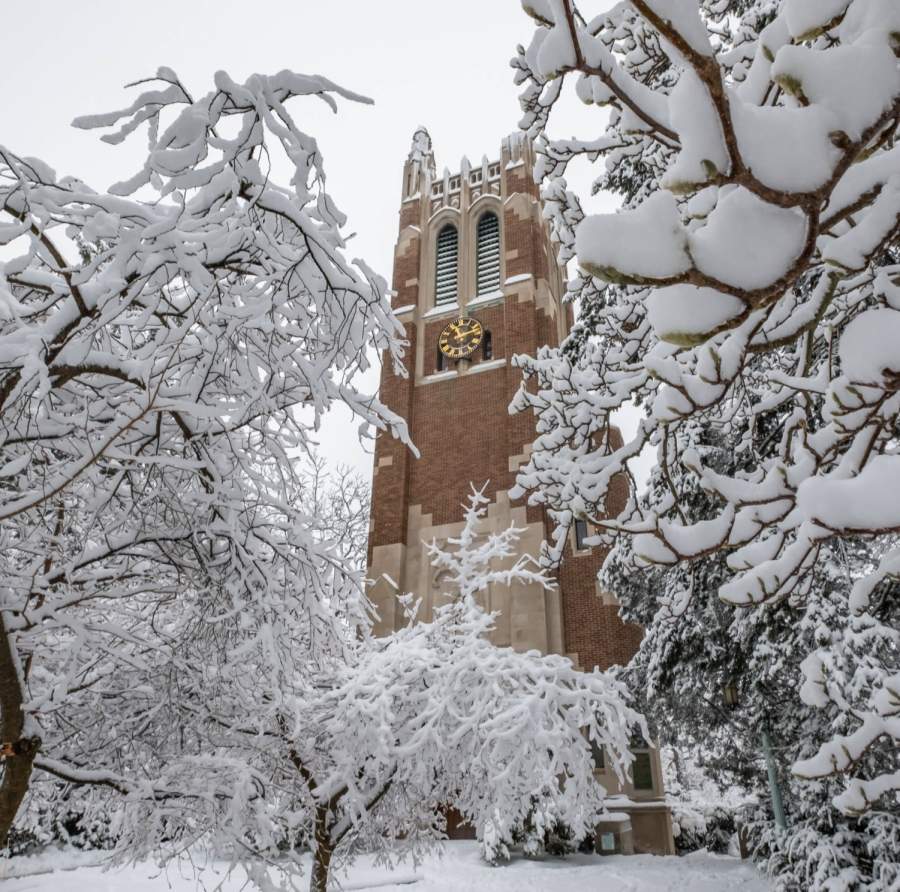 The Beaumont Tower in the middle of winter/ Photo Credit: MSU University Communications

EAST LANSING – As the snow began to fall in East Lansing, about 30 students gathered to battle in the elements.

This morning around midnight, students could be seen having a snowball fight in between Holden and Wilson Hall.

“Some man came yelling to our window that there was a snowball fight, and we contemplated back and forth for a few minutes,” said sophomore Katie Vanyo “Then we decided that this is the college experience, let’s go!”.

Some students ran from their dorms to join, while others came slipping and sliding into the scene with their friends. It appeared not many people knew one another. The students slipped around and laughed with one another as they divided into teams to continue this spontaneous snowball fight.

“My friends told me there was a snowball fight, I already had one but always down. I got out here and everybody started ambushing me for no reason” said freshman, Everett McMillan

The snowball fight came to an end as the students laughed their way onto the CATA busses, while others remained making snowmen and snow angels.

“First snowfall of the year, you have to throw some snowballs at each other” said McMillan again.