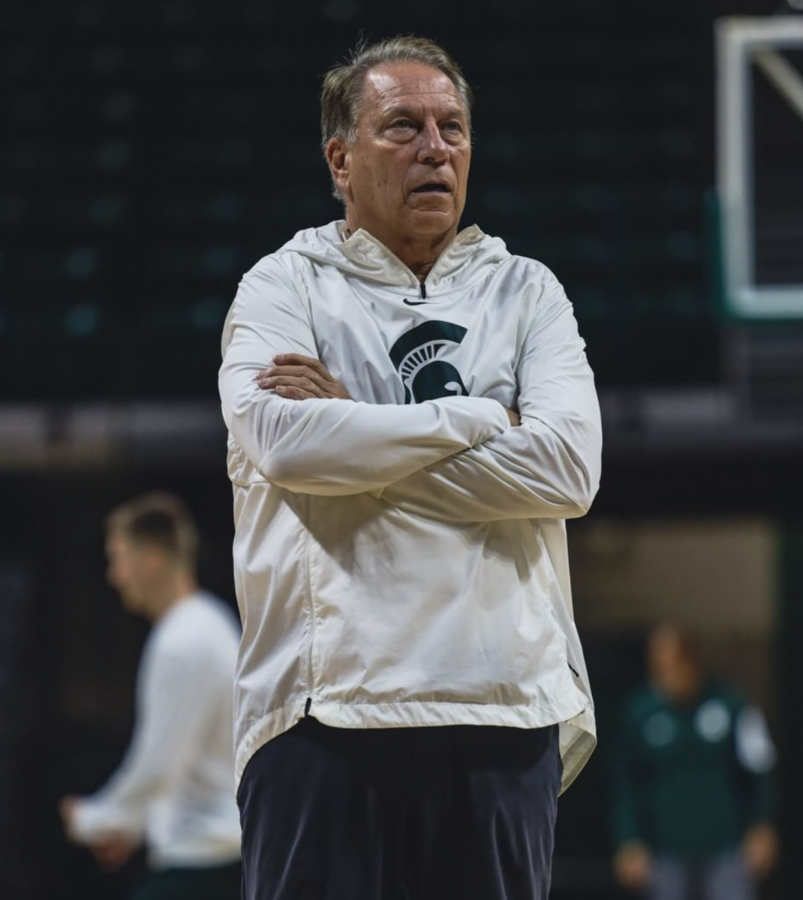 NEW YORK — On an afternoon when the State Farm Champions Classic was renewed for another three seasons, the Michigan State Spartans traveled to Madison Square Garden to face the No. 3 Kansas Jayhawks in the 2021 rendition, also the season opener for both teams. The Jayhawks came out on top with an 87-74 victory.

Kansas senior guard Ochai Agbaji got things started with a 3-pointer from the top of the arc, followed by Michigan State senior wing Gabe Brown putting the Spartans on the board with a contested layup in transition.

With just under eight minutes to play in the first half, Jayhawks big man David McCormack was just 1-for-4 from the floor with a pair of turnovers. Spartans center Marcus Bingham Jr. was likely the biggest reason, as he imposed his will on defense with a block and five boards in the first half.

Michigan State point guard A.J. Hoggard was spectacular driving to the rim in the first half, with three crafty, contested layups as his eight points led the Spartans at halftime. A big reason for his production was the slow start for transfer point guard Tyson Walker, who got the start, but played only four first-half minutes and didn’t score.

One Spartan newcomer who did make an instant impact, however, was freshman guard Max Christie, who played a team-high 17 first-half minutes and scored six points with a pair of rebounds.

The Spartans’ offense went stale at the end of the half, as the Jayhawks went on a 9-1 scoring run over the final 3:47. A pivotal play in the run was a Bobby Pettiford 3-point play in transition. Leading the Jayhawks in scoring at the break was senior guard Ochai Agbaji with 12. The result was a 39-32 Kansas advantage at halftime.

The turnover bug was not kind to the Spartans to begin the second half, as they committed two in the first three-and-a-half minutes. Their saving grace? The long ball. The Spartans came out of halftime firing with Brown, Joey Hauser and Hoggard each connecting on a 3-pointer to cut the Kansas lead to three. This prompted a timeout from Kansas coach Bill Self with 15:52 to play.

The timeout proved helpful, as Kansas came out of it with back-to-back dunks, prompting Izzo to call one of his own as the Jayhawks went back up by seven. With 13:01 to play and the Jayhawks leading 56-48, Izzo received a technical foul as the Spartan offense started to go flat again. The technical came after Walker was stuffed at the rim and Christie missed a mid-range jumpshot.

Jayhawks center Christian Braun found Agbaji for a fast break alley-oop to put the Jayhawks up 15 with 9:30 to play, and that’s when they really began to look like the No. 3 team in the nation and pull away.

Though the score may not have been indicative of the game’s story overall, the Spartans were ultimately unable to stop Agbaji, who finished with a game-high 29 points in 36 minutes. That performance, parlayed with long scoring droughts for the Spartans and an abysmal 16 turnovers, was enough to do them in.

Leading the Spartans in scoring was Hoggard with 17, whose four assists also led the team.

The Spartans get a chance for their first win on Friday, Nov. 12 as they welcome in the Western Michigan Broncos into the Breslin Center. Fans will be in attendance for the first regular season home game since March 8, 2020.