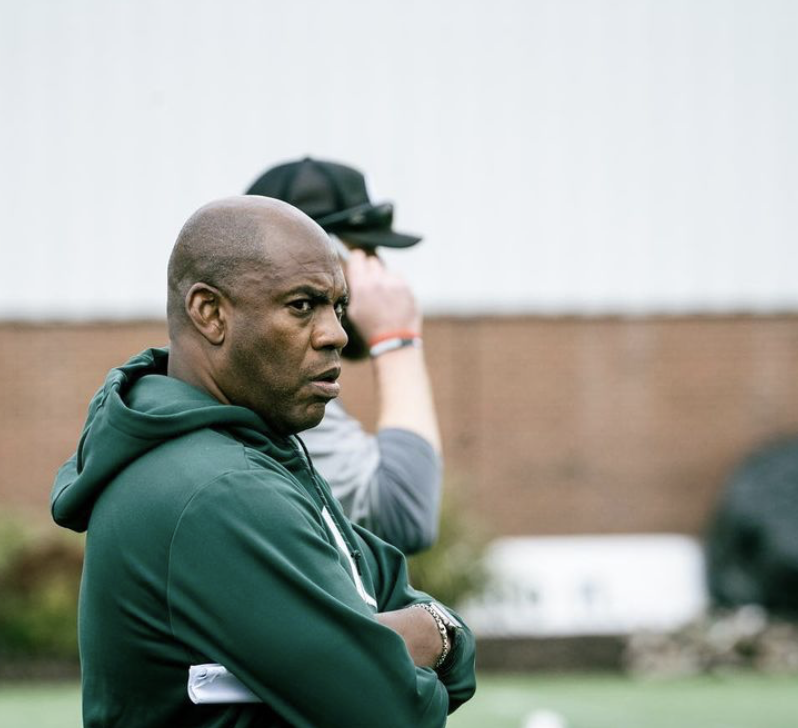 Michigan State football continues to make big moves on its recruiting end, as 2022 edge rusher James Schott announced on Twitter Friday that he had committed to the program.

After a lot of thought and talk with my family, it comes with great excitement I am committing to Michigan State University. I would like to thank my family @CoachRonBurton @Coach_mtucker. East Lansing!!! Here we come 🟢⚪️ pic.twitter.com/YpXsiXupC9

The Greenwood, Indiana native chose the Spartans over offers from Marshall, Illinois State, Western Michigan, Central Michigan, Ohio and Miami of Ohio. Schott had previously committed to the RedHawks on June 28, but decommitted on Friday to take MSU up on its offer from March of this year. The young prospect had visited East Lansing over the weekend for MSU’s victory over rival Michigan.

The 6-foot-4, 215-pound defensive lineman is in his senior year at Center Grove High School. Schott has a 0.8204 composite rating from 247Sports and is ranked as a 3-star recruit.

The edge rusher contributed to Center Grove’s state championship win last season. The program is on track to repeat, as the Trojans are a perfect 10-0.

The Spartans have now moved up to No. 17 in 247Sports’ recruiting rankings.