PREVIEW: No. 8 Michigan State and No. 6 Michigan will face off in undefeated showdown 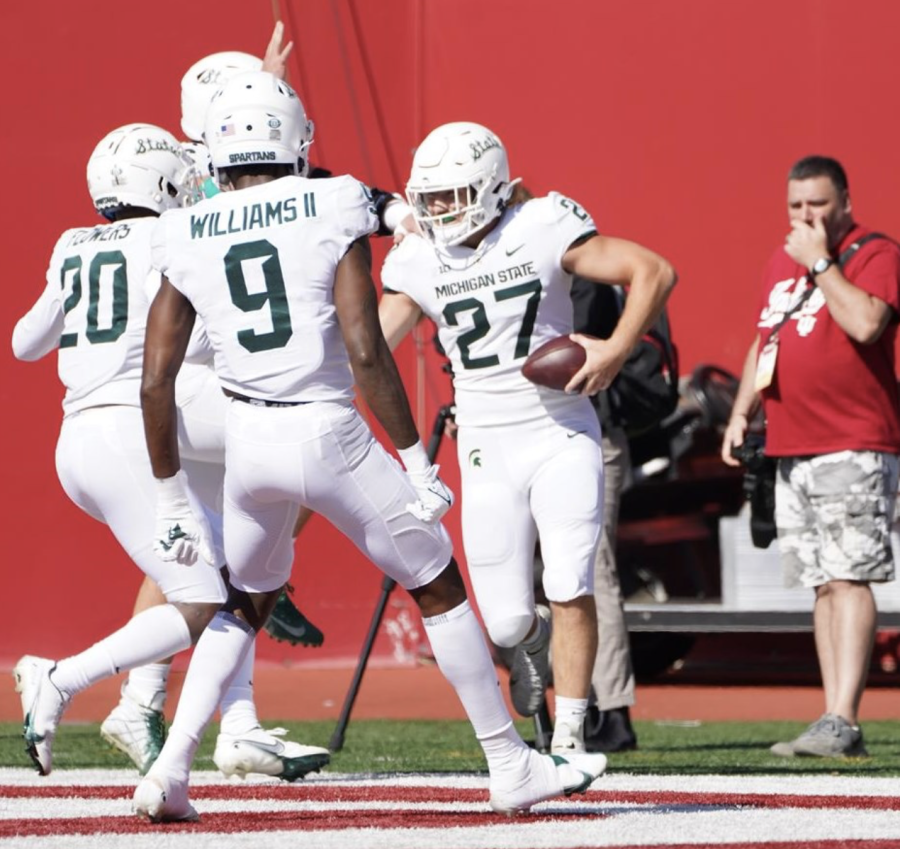 This historic rivalry has had some historic moments and matchups, but this year’s game is set up to be one of the best in the all-time series. This game will be only the fifth time that both teams will face each other as AP top-10 teams. MSU is 3-1 in these circumstances.

Michigan began the season unranked, but a stout defense and great play from its running backs has catapulted the Wolverines up the rankings. Blake Corum and Hassan Haskins lead the way in the backfield for the Wolverines. Both Corum and Haskins have rushed for more than 600 yards and as a team, Michigan leads the Big Ten in rushing with 253 yards per game.

Jim Harbaugh has placed the focus on rushing and defense. Michigan has bullied teams all year with this play style, and the numbers back it up. The 14.4 points per game the defense has allowed is the lowest in the Big Ten. The senior defensive end Aidan Hutchinson has been the anchor of the defense and has wreaked havoc as a pass rusher all season. He has 27 tackles, five sacks and a forced fumble this season.

Weaknesses for Michigan can be found in the passing game. Junior quarterback Cade McNamara has been decent this season, but he has not been a difference maker in many games. The Wolverines rank 11th in the Big Ten in passing, and McNamara has only thrown for five touchdowns.

Michigan State had an extra week to prepare for the Wolverines due to the bye week last week. The last time MSU suited up was two weeks ago when it traveled to Indiana and won 20-15.

Mel Tucker is currently 1-0 against Michigan in his tenure at Michigan State after defeating the Wolverines in Ann Arbor last season 27-24.

The running game has been instrumental to both teams’ success to this point. Kenneth Walker III leads all of college football in rushing yards per game at 142.4 yards. He was also named first-team midseason All-American.

One of the biggest factors in this game for both sides will be how much of an impact Hutchinson is able to have and his ability to get to the quarterback. Michigan State’s offensive line will be tasked with keeping Payton Thorne upright and giving him enough time to find playmakers on the outside.

Thorne has had a solid season after beating out Anthony Russo for the starting job. He has thrown for 1700 yards, 15 touchdowns and four interceptions while completing over 60% of his passes. The stats look good, but Thorne has had a few consistency problems that will not be easy to mask when playing an opponent that is the caliber of Michigan.

The winner of this game will have the sole lead of the Big Ten East and all the bragging rights over the opposing fanbase. Both teams have earned their undefeated records up to this point, but something must give, and that is what makes rivalries so great.