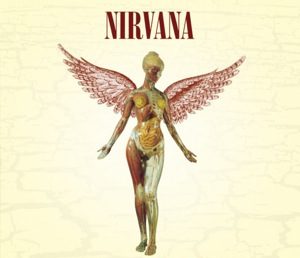 “Frances Farmer Will Have Her Revenge on Seattle” is a track off of Nirvana’s third LP In Utero. Inspired by one of Hollywood’s first rebels, Frances Farmer, this track critiques both the music industry and our profit-driven society.

Some of the most prominent figures in music are motivated primarily by money. This hyper-commercialization can be seen all over the place — from Justin Bieber manipulating streams to YouTubers throwing their proverbial hats into the ring that is the music industry.

To know that you’re leaving/

As soon as you get paid.”

Cobain sees music as a way of life instead of a career. He undoubtedly finds himself more invested than others, continuing to be immersed in his music well after the curtains close and his check is cashed. While other artists may portray an idealistic lifestyle in their music to appeal to their audience, Nirvana refused to cater to their audience. This is further supported by the boldness and experimentality of In Utero. While most artists would stick to a formula after finding success, Nirvana refused to play it safe after their breakout album Nevermind.

“It’s so relaxing to hear that you’re asking/

Whenever you get your way/

It’s so soothing to know that you’ll sue me/

Starting to sound the same.”

Cobain further expresses his frustration with the music industry, ultimately feeling like he is at the mercy of those around him. While the people around him may be asking him things, they ultimately have the final say, leaving Cobain powerless.

Frances Farmer was an American actress from Seattle who appeared in over 10 feature-length films throughout her career. While she was beloved on the screen, her personal life was shrouded in controversy. She frequently and publicly expressed her disdain for Hollywood’s culture, was a heavy drinker and smoker and was even accused of being a communist sympathizer. She was then committed to a mental institution against her will. Many people, Cobain included, believed that this was a direct consequence of her rebellious behavior rather than for a legitimate mental illness.

“In her false witness, hope you’re still with us/

To see if they float or drown.”

Cobain draws parallels between Frances’s institutionalization and witch trials, during which the accused witch would be tied up and thrown into a body of water. Floating was an indication of witchcraft, as the water would “reject their body” if they had skipped the Christian sacrament of Baptism. The alternative to that is sinking, however, and being bound would cause the accused witch to drown. Either way, there is no winning, much in the same way that Frances’s fate was decided before she was committed.

While institutionalized, Frances was diagnosed with paranoid schizophrenia and was abused both mentally and physically. While she would ultimately return to her acting career after being released, she would never be the same. Her abusers would never face any consequences for their actions.

“She’ll come back as fire to burn all the liars/

Leave a blanket of ash on the ground.”

Cobain alludes to Mount Rainier here, the famous mountain that is visible in Seattle’s skyline. Unbeknownst to many, it is an active volcano on the Decade Volcano list, meaning that it both has a high probability of erupting and is near large populations of people.

Due to Cobain’s highly controversial and non-conformist lifestyle, it’s no surprise that he related to Frances. While she was not a saint by any means, it seems much more plausible that she was simply a troubled soul suffering from an addictive personality, much like Cobain. We can only hope that neither of them decide to have their revenge on Seattle anytime soon.